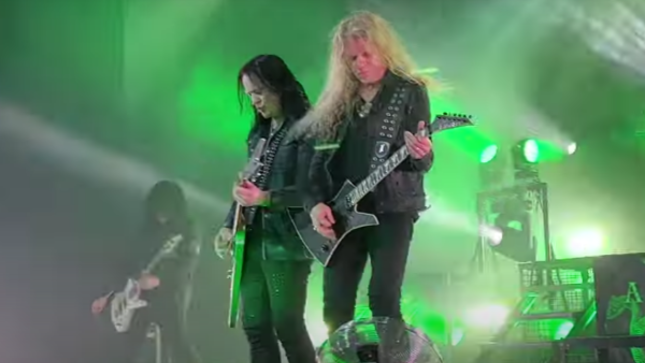 On October 12th, Arch Enemy performed at Alcatraz in Milano, Italy as part of The European Siege Tour 2022. Fan-filmed video of the band's entire show is available below.

"Deceiver, Deceiver"
"War Eternal"
"Ravenous"
"In the Eye of the Storm"
"House of Mirrors"
"My Apocalypse"
"The Watcher"
"The Eagle Flies Alone"
"Handshake With Hell"
"Sunset Over the Empire"
"As the Pages Burn"
"Snow Bound"
"Nemesis"
"Fields of Desolation" (outro)

Don't miss Arch Enemy on The European Siege 2022 alongside Behemoth, Carcass, and Unto Others. Dates can be seen in the official poster below.

A collection of 11 tracks that are ruthlessly catchy and mercilessly violent, Deceivers stands toe-to-toe with the highlights of the band's storied catalogue. Roaring to life with "Handshake With Hell", Arch Enemy make it clear they are out for blood, and every track is a hit, from the moody "Poisoned Arrow" to the titanically anthemic "One Last Time". Sounding more energized than ever, the quintet is operating at the highest level, delivering a maelstrom of diamond-hard riffing wrapped around cinematic melodies, thunderous drumming and towering vocals. Arch Enemy has proved, yet again, that they are unstoppable.

Deceivers can be ordered in various formats here. 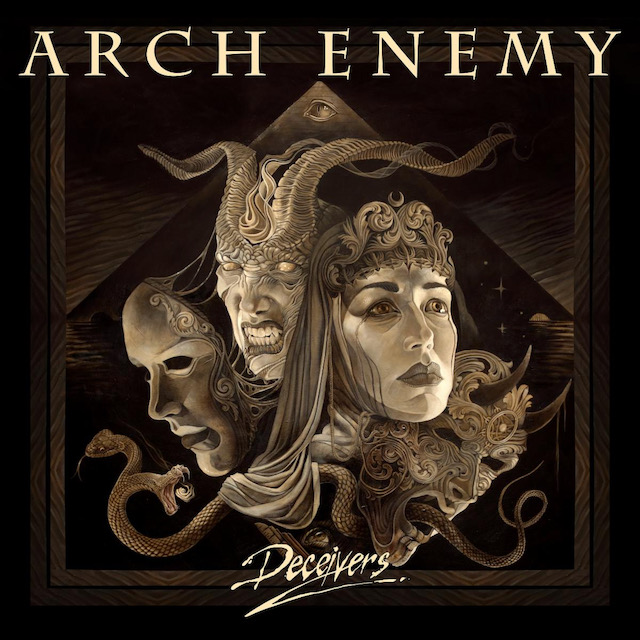