ARCH ENEMY Vocalist ALISSA WHITE-GLUZ - "I Really Hate Religion And I'm Opposed To It, But It Doesn’t Mean I Hate Religious People Or Opposed To Them" 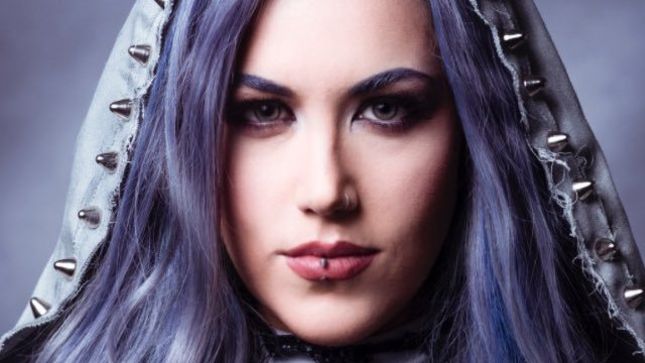 Featured in a new interview with Metal Hammer, Arch Enemy vocalist Alissa White-Gluz offered her thoughts on feminism, activism, music and religion. Following is an excerpt from the interview.

Alissa: "We’re all quite atheist in the band but I tend to tone it down. As much as it makes my blood boil when I see stupid, violent acts being committed around the world caused by stupid, violent religion, and the response is stupid, violent religion, it does get me going, but I have to watch what I say. I have people in my close circle of friends who are religious, and they’re not violent or stupid, and don’t believe in what religious fanatics do. I try to be really respectful of others. I really hate religion and am opposed to it, but it doesn’t mean I hate religious people or am opposed to them because that’s just one aspect that makes up a person. For the most-part, religious people I’ve met are really good people who just have religion for themselves, it helps guide their spirituality and philosophy, comforts their emotions and that’s totally fine. But if I’m surrounded by a bunch of atheists we can egg each other on and get pretty excited about atheism. Atheism is just a lack of belief, it’s not an ideology. I just wish religious ideologies would just stop violently clashing.”

Arch Enemy were set to launch the Will To Power North American fall tour alongside Goatwhore and Uncured on September 28th. The band have issued the following update:

"We very much regret to inform you that we will be postponing our return to North America until 2019. We were looking forward to seeing everyone again this fall and to share our stage with Goatwhore and Uncured, but we have been forced to cancel this run due to reasons beyond our control. It’s very unfortunate timing, but we cannot wait to come back and rock US soil again next year and see all your faces! Thank you for understanding and as always for your support of Arch Enemy! Ticket and VIP refunds are available at point of purchase."