Artist MICHAEL DORET On Creating Cover For KISS' Rock And Roll Over - "For Me It Was Just Another Job... I Had No Idea How Big This Group Was Getting"; Audio 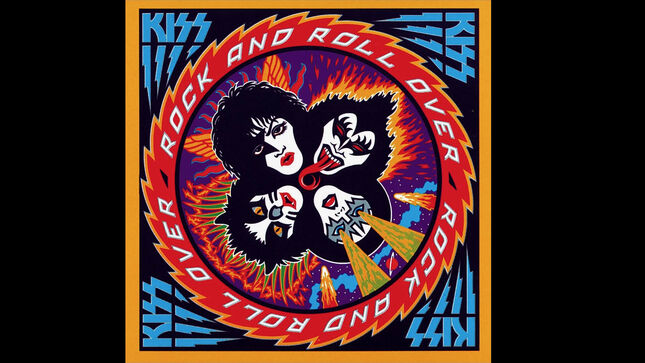 Artist Michael Doret, who designed the covers for the KISS albums Rock And Roll Over and Sonic Boom, guests on the new episode of 80's Glam Metalcast. Listen below.

On creating Rock And Roll Over, Doret reveals: "There was very little direction. I didn’t know what this group was about, their make up or anything like that, so there was a bit of a learning curve. Since there wasn’t much direction on what they wanted, I took it upon myself to come up with something. I took the words “Rock And Roll Over” and made it a play on that… something that revolved. They loved what I came up with. There were a few concerns about the faces though. The changes I had to make were to Gene and Paul.  Originally, I had rendered Gene too similar to “The Joker” from Batman. I was surprised how big this image became. For me it was just another job... I had no idea how big this group was getting."

On Sonic Boom: "It was quite a different experience. I mostly worked with Paul. He was the one who directed it. With Rock And Roll Over the design was left up to me. I don’t know if I would have came up with what I did without his direction. They really wanted to revisit Rock And Roll Over and just do a little differently. They wanted to recapture some of the excitement of the early days. It think it worked out pretty well. Doing something like this after the original, everybody has critiques of it. It almost puts me in a no win situation. I kind of had to repeat myself a bit. If Paul had left me to my own devices, Sonic Boom would have looked quite different. If I just would have been able to make it up with nothing to refer to, that is what I like to do. Having to do a new piece that’s derivative, I knew I was going to have all sorts of problems."