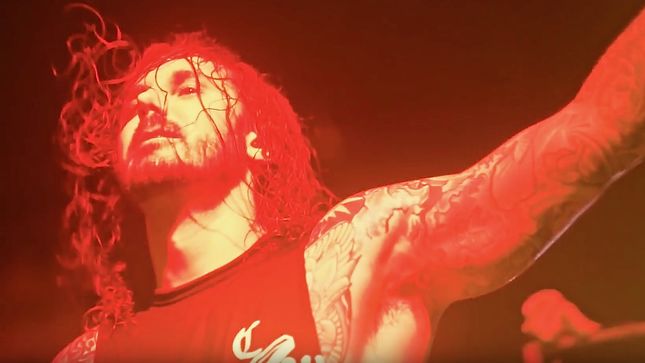 As I Lay Dying's classic lineup will tour Europe in December 2018. Confirmed dates are listed below.

As I Lay Dying released their first new music since 2012's Awakened album on June 8th with a new single and video for "My Own Grave". Frontman Tim Lambesis was released from prison in early-2017 after serving less than half of his six-year sentence for conspiracy to commit murder. In May 2014, the singer was sentenced to six years in prison in a San Diego Superior Courtroom for attempting to hire a hit man to kill his wife, Meggan Murphy Lambesis.

In a statement after his release, Lambesis wrote in part: "Words cannot begin to express how deeply sorry I am for the hurt that I have caused. There is no defence for what I did, and I look back on the person I became with as much disdain as many of you likely do."

As I Lay Dying played live for the first time in five years at Soma in San Diego, CA on June 16th. The band has released a show recap, which can be viewed below along with footage from the gig. They have issued the following statement.

"We are thankful for an environment of love and positivity within and around our renewed relationships. To the family, friends, crew, and fans in attendance at our recent San Diego show, we would like to express our deepest sense of gratitude for making the evening such a meaningful experience."

The five members of As I Lay Dying recently released a 30 minute video in which they talk about their controversial reunion. Check it out below.

As I Lay Dying is: