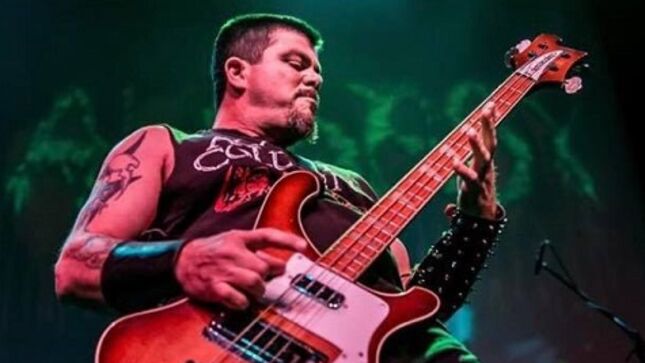 American death metal band Autopsy has announced a change in their lineup with the following statement:

"Surreal as it is, our long time bass player and friend Joe Trevisano has left the band. Joe has been making records and kicking ass on stage all over the world with us for the entire chapter two of Autopsy going back to 2008. And before that he was in Abscess going back to 1997, and even before that... we knew Joe from the local scene around 1991 when he was in Von, so we have a long history together. Let it be known the split is on good terms. Joe has decided to shift his focus to his family and we support him on this 100% and will always consider him part of the Autopsy gang.

In the meantime fear not, Autopsy will continue to forge ahead and we will keep you all posted on developments. We are not done crushing your skulls yet, so consider yourselves warned."

Autopsy's most recent release was their first official live album, Live In Chicago, issued in October 2020 via Peaceville Records.

“Maggots In The Mirror” lyric video: