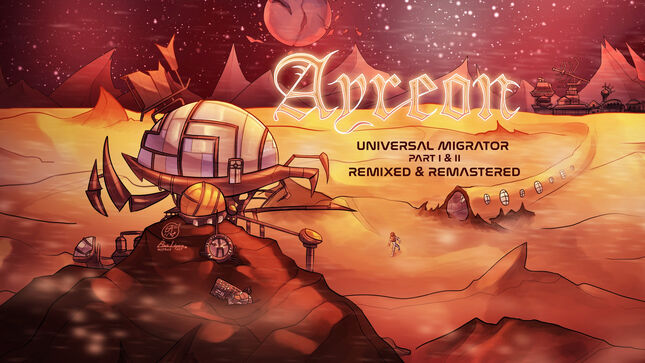 Ayreon's Universal Migrator Part I & II will be re-released in various formats on November 18. Pre-order here, and watch an official lyric video for "Into The Black Hole", featuring Iron Maiden singer Bruce Dickinson, below.

Says mastermind Arjen Lucassen: "Dear Ayreonauts, sorry for the long silence… but I’ve got some good Ayreon news! I'm happy to tell you we're doing a very special re-release of Universal Migrator Part I & II. I have meticulously remixed and remastered the albums and they will be released in many different formats with lots of bonus tracks and a comic book. I'm so proud of the way this new release sounds and looks, I hope you’ll agree!" 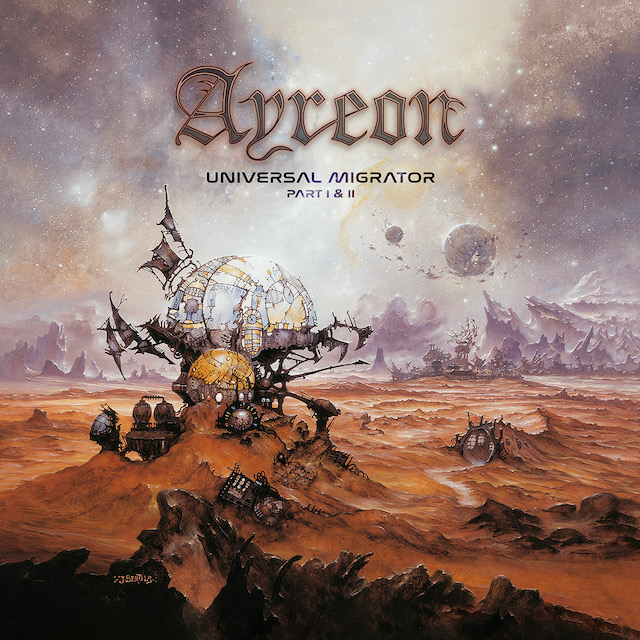 Universal Migrator Pt 1: The Dream Sequencer and Universal Migrator Pt 2: Flight of the Migrator were released initially simultaneously in 2000, following the majestically sprawling hit album Into the Electric Castle two years previously. The Dream Sequencer continues the plot from The Final Experiment (1995), starting in the year 2084 when the final world war wiped out all life on Earth. Flight of the Migrator continues the story of the last living human being, the colonist on Mars and his decision to use the Dream Sequencer machine to travel back to before the universe was formed.

Arjen Lucassen continues his crusade of remixing and remastering his finest work to absolute perfection and Universal Migrator, Pt. I & 2 (2022 Remixed & Remastered) is a stunning addition to his spectacular canon. Thanks to advancements in technologyA, fans can now get the chance to hear the albums through the ears of Lucassen as he intended them.

The hardcover artbook has 56 pages, which include lyrics, liner notes, the newly designed comic by Élan López, and additional pages with Élan's "Process". 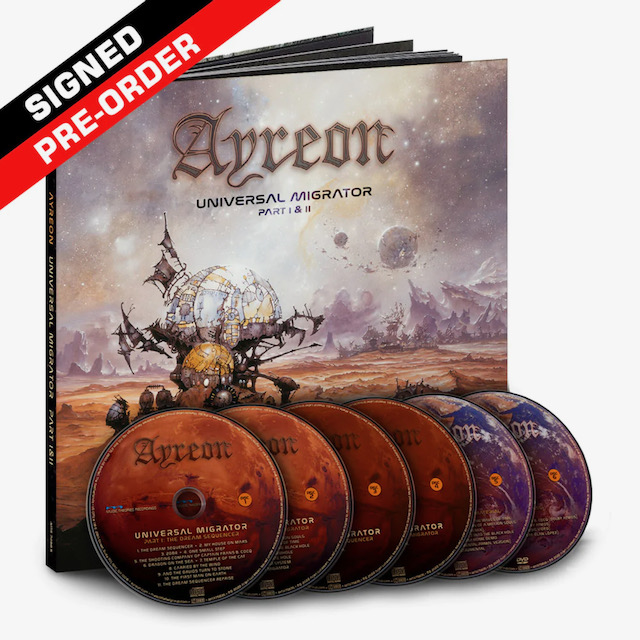 CD 2: Flight of the Migrator
"Chaos"
"Dawn Of A Million Souls"
"Journey On The Waves Of Time"
"To The Quasar"
"Into The Black Hole"
"Through The Wormhole"
"Out Of The White Hole"
"To The Solar System"
"The New Migrator" 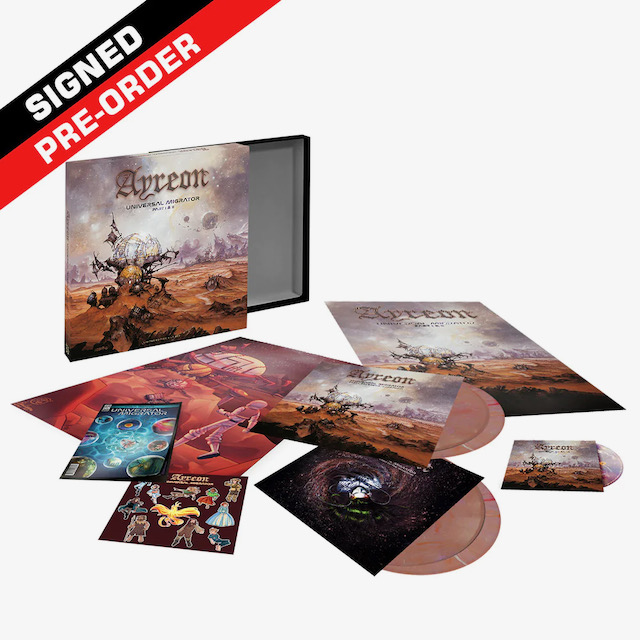