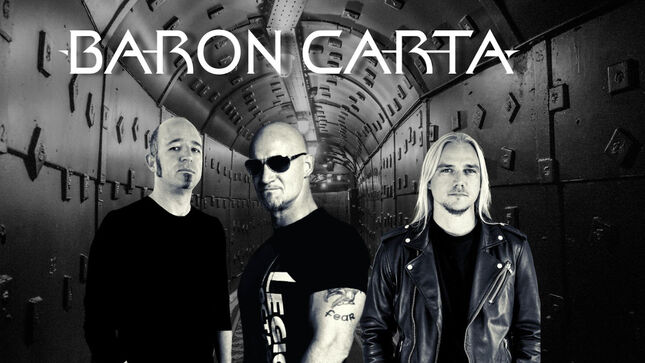 Global metal powerhouses, Baron Carta, are out for the kill with their new EP, Shards Of Black, out now. With no-holds barred, the EP assembles a killer lineup of Primal Fear, Kill II This, and Pyramaze alums, for an electrifying and pounding 5-track ride. Exploring themes of war, exploration, and humanity itself, Shards Of Black is a head-banging critique of crucial societal issues, all scored by big voices, and bigger riffs.

The EP’s lead single, "Lethality", encapsulates this mission perfectly. From the lows of its growling guitars to the highs of its soaring vocal performance, Lethality weaves a rich sonic texture throughout. The single churns between the crunchy riffs of its opening, to big choruses, tied together by powerful vocals and a relentless energy that will have you moving before you can do anything about it. Running throughout is Lethality’s message, an ode to those brave explorers who dared to put their lives on the line to conquer worlds unknown…

The single’s accompanying music video shows this with out-of-this-world production. Chronicling the journey of an astronaut from childhood to their bold adventure beyond our planet’s orbit. Stunning visuals accompany Lethality’s powerful sound for an adventure that pays tributes to great explorers, past and future. Watch the video below.

"For the third Baron Carta record we wanted to really move the needle... but still get laser-focused on our evolving style. I feel like Step Into The Plague created the formula, Into A Concrete Room shaped it, and now Shards Of Black is starting to explore the boundaries of the kind of metal we like to make. I am super-proud of everyone for the this record. Ralf delivered some of his best work yet, Morten absolutely crushed it on the drums (with an incredible drum recording by Jacob Hansen), and for this record we welcomed a new producer, Mark Mynett, who mixed and mastered. Everything sounds tight as hell...heavy, melodic, and some surprises along the way. I can't wait for fans to check it out!" - Jono Bacon

"For me, it was the energy...the rawness...the down-tuned guitars... and the heaviness of Baron Carta that got me so excited to be a part of this. I love all the different colors and textures across the songs, but all staying heavy and powerful." - Ralf Scheepers

Shards Of Black follows the band’s previous celebrated EPs: 2021’s In a Concrete Room and Step Into The Plague. The seasoned industry titans are on a mission to challenge the music scene’s typical album release. Putting audiences first, Baron Carta are dedicated to building a meaningful relationship with their fans by delivering high-quality releases more often, breaking the typical 2-3 year album cycle. They back this up with a deep lore for audiences to explore between projects.

"The mechanics of making and selling music are tough, so I wanted to go soup-to-nuts with Baron Carta. What do most fans want? More music, more often. So, my theory is that by putting out music more regularly…fans get a fresh hit of new metal...we get an opportunity to promote a new record...and everyone gets to have fun in the process. My hope is that from this comes more Baron Carta fans...and then more and more opportunities from there. Who the hell knows though?...but we are having fun trying." - Jono Bacon

The Baron Carta experience starts and ends with incredible music and performances but is made richer by its treasure trove of in-artwork easter eggs, tales weaved across projects in a three-act trilogy, and constant new content for die-hards to dive into.

Shards Of Black marks a new chapter for Baron Carta. Powerful vocals, rich yet catchy, and masterful instrumentation are the name of the game as the band is set to take the metal world by storm. 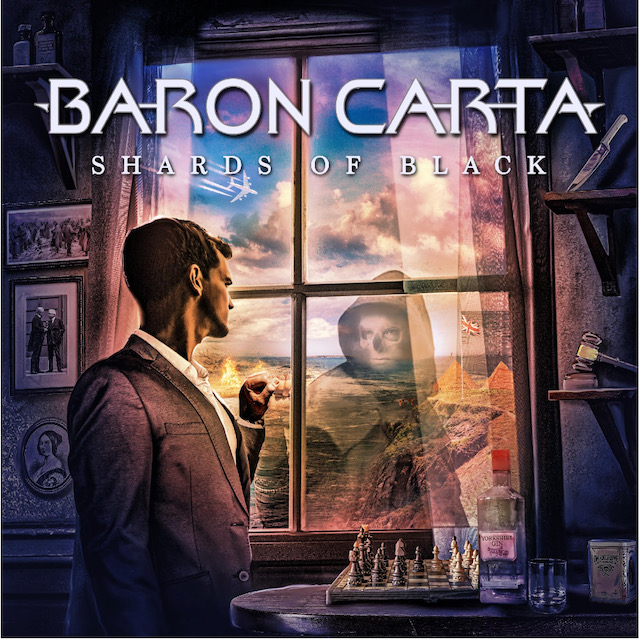