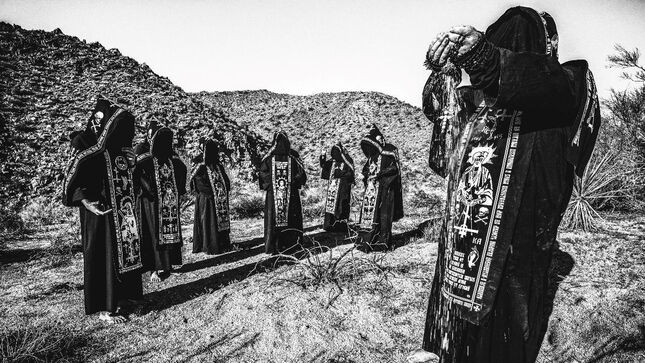 Napalm Records is proud to team up with one of the most exciting acts in today’s black metal scene, welcoming Batushka to its ever-growing roster. Hailing from the deepest shadows of eastern Poland, the band has just inked a worldwide record deal with the Austrian rock and metal label.

Originating with acts like Abigor and Summoning, Napalm Records has been deeply rooted in the black metal genre since its very beginnings. Three decades later, this spirit remains strong and undoubtedly matches perfectly with the vision of the Polish unit. After the band’s critically acclaimed debut album, Litourgiya (2015), followed by sophomore Hospodi (2019), Batushka are more than ready to bring their bone-shaking essence of arcane black metal to the next level. Stay tuned for the next unholy, cataclysmic ritual of sinister black metal - coming soon.

Batushka about signing to Napalm Records: “PILGRIMS. We're happy to announce that we've signed up with Napalm Records for the release of our upcoming new album. We have a mutual understanding regarding the telling of this new story and spreading the gospel of Batushka around the globe. Be on the lookout for our new album, and get ready to experience Batushka in all the corners of the world. After traveling through North America and Mexico for our first long pilgrimage over there, we dare to say that this tour reaches far beyond our wildest expectations. We were surprised and humbled by the reception. We already know that we will return to stages around the globe as soon as possible - not only with a new show, but also with new songs and a new story. Apart from that, with blessing - Batushka.”

Napalm Records A&R manager Sebastian Münch states: "Batushka are undoubtedly one of the most creative and innovative black metal bands in recent years. We had the pleasure of welcoming Batushka live at this year's edition of the Metal On The Hill Festival in Graz, Austria, and were immediately impressed by the band as a brilliant live act and great entertainers. I am super excited to be a part of the release of the new studio album next year. Welcome to the Napalm family."

Following a successful North American tour, the ultimate Polish metal package is getting back onto the lands of Europe - don't miss selected shows of Batushka and Hate in February 2023.

Poland's Hate have proven to be a great match with Batushka within several tour legs. It is a must to have a live taste of the songs of pure blasphemy inspired by archaic Slavic themes and mythologies from their album Rugia, as well as best works from Auric Gates of Veles.

Join the cult and experience the gloomy world of Batushka's sonic ritual as the band tours Europe and the UK in early 2023, kicking off February 16 in Apeldoorn, NL. 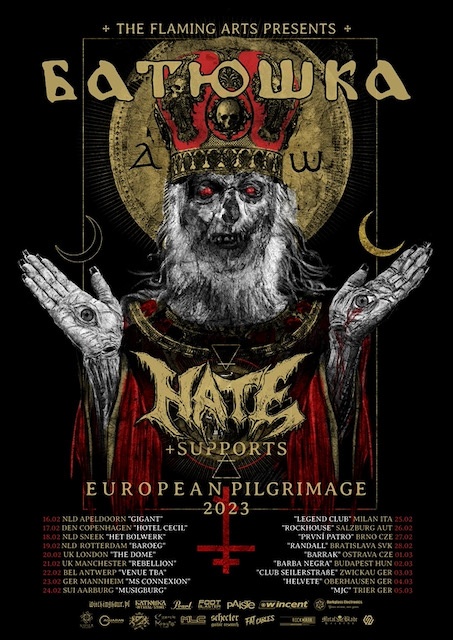