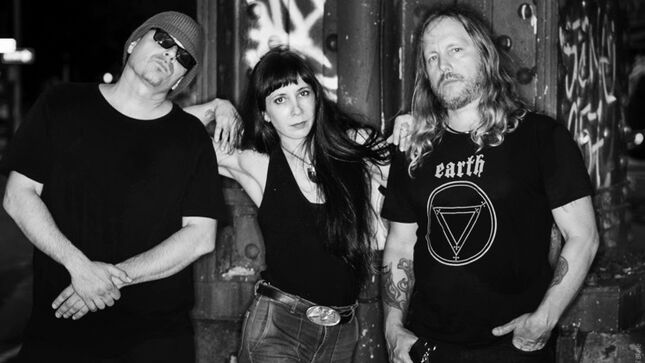 New York City in the late nineties was all about hardcore, punk and fast rock. -Playing doom and stoner rock was an act of rebellion. The original self-titled Begotten album was recorded analog reel to reel and came out with Man’s Ruin’s dying breath. This was shortly before the World Trade Center went crashing down – which among all the other horrors also brought Begotten and many other NYC bands to a crashing halt. The demise of Man’s Ruin Records was as harsh a blow to the music scene, as the fall of the towers were to the City.

Two decades later, the 20th anniversary limited edition vinyl emerges just as a global plague begins to dissipate in the US. The meaning behind songs like “Electric Hell”, “Judges”, “Garabed’s Freedom”, resonates perhaps more than ever now. What can be heard on the album is the music of three people who have remained loyal to each other, loyal to the spirit of the music, and loyal to themselves. The album has been remastered for vinyl by Roger Lian (of Slayer fame) – the same guy who mastered it the first time for CD from the reel to reel mixes.

Begotten is Matthew Anselmo on Guitar, vox, (and synth on "Narkotizer"); Rob Sefcik on drums; Amanda Topaz on bass, vox (and bullwhip on "Garabed’s Freedom").