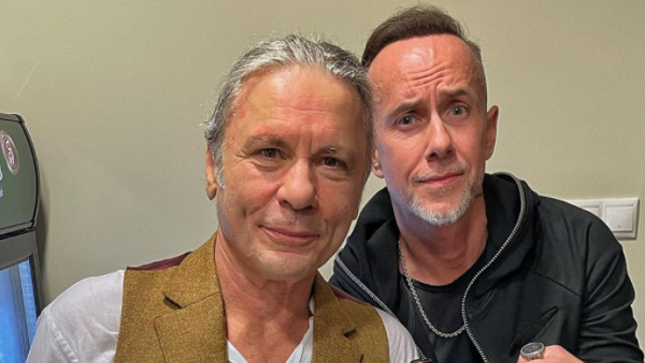 It was announced back in July via the official Jon Lord Facebook page that a new performance of Jon Lord's Concerto For Group And Orchestra would take place in Győr, Hungary on November 5th, 2021.

The concert was performed by the Győr Symphony Orchestra together with:

Behemoth / Me And That Man mastermind Adam "Nergal" Darski was in attendance on the night and shared a backstage photo with Dickinson via Instagram. Check it out below.

Jon Lord died on July 16th, 2012 after battling pancreatic cancer at age 71 after a long battle with pancreatic cancer. He co-wrote several Deep Purple classics includin "Child In Time" and  "Smoke On The Water".