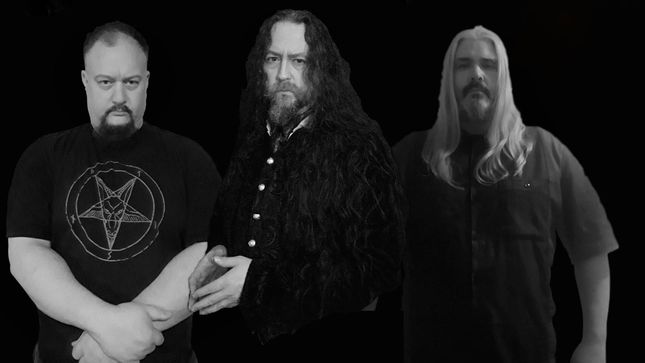 Benediction singer Dave Ingram (ex-Bolt Thrower) has issued an update on the forthcoming debut album from his project, Hellfrost And Fire.

Says Ingram: "Finally, I can speak more about the debut Hellfrost And Fire full-length release, coming in December from Transcending Obscurity Records. The album goes up for pre-order soon, and you can check out one of the songs (below).

Lineup is yours truly on vocals, Rick “Dennis” DeMusis on guitar & bass, Travis Ruvo on drums, and with guest solos from Scott Fairfax. Album artwork by the darkly talented Propraetor.

The band's sound is very old school death metal, in the very distinct vein of Celtic Frost and Hellhammer - hence the band name - and you'll certainly hear that influence throughout the entire album. At some point I bet the comment "Tom G. called, and wants his 'UH!' back" is made by some wag of a reviewer.

This album has been ready for quite some time, but was delayed by the pandemic. We are very proud to be able to start promoting this, and finally getting the music out there. Enjoy!"