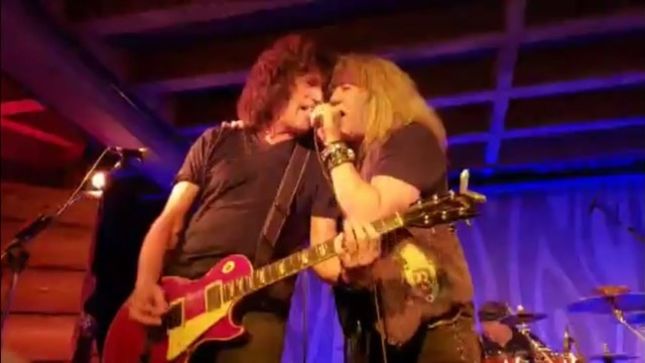 On June 2nd, guitarist Tommy Thayer's pre-KISS band Black N' Blue reunited to raise money for drummer Pete Holmes' wife, who has been battling breast cancer. Fan-filmed video from the show, which took place at the Doug Fir Lounge in Portland, Oregon can be viewed below courtesy of Jay Jadofsky.

Any one who wishes to donate to the Annette Holmes Medical Fund can do so here.