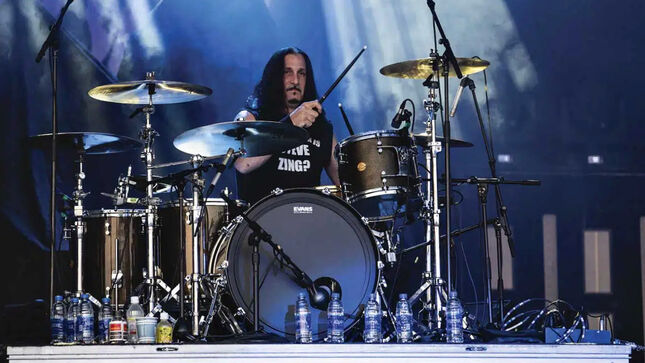 Ward: "The idea of Johnny Kelly playing in Quiet Riot, after some thought, seems fitting. It’s regretful that Frankie Banali has passed; Frankie’s expertise and power cannot be replaced.  I think if Quiet Riot are to resume, then choosing Johnny Kelly as their drummer is an excellent choice.  Like-minded in grooves and power, Johnny is part of the heavy hitters of rock music and intelligent with finesse and dynamics."

To read the complete article go to this location.

On August 20, 2020 the world lost Quiet Riot drummer Frankie Banali at 68 years young. A true rock warrior for over 40 years.

In a recent episode of The Decade That Rocked podcast, Mark "Weissguy" Weiss and Greg Alprin reflect on Frankie and what Quiet Riot meant to the hard rock and heavy metal world, and Mark reveals some amazing memories of his rock ‘n’ roll brother.

After the podcast there is a memorial slide show to the Quiet Riot song "Winner Take All" with never before seen photographs of Frankie and his bandmates in Quiet Riot.