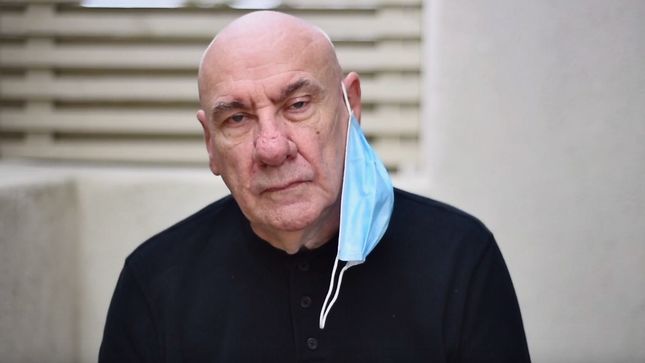 Original Black Sabbath drummer, Bill Ward, has shared a new poem, entitled "What Once Was". Check it out below:

NME recently reported that Bill Ward says he’s “not done” with Black Sabbath’s legacy, and would “love” to make a new album with the band’s original lineup.

In a new interview with Eddie Trunk on SiriusXM, Ward stated his desire to reunite with his bandmates for a new studio album. “I’m not done with the Black Sabbath legacy,” he said. “I haven’t been done. I was made done, but I’m not done. So, the others might be done, but I’m not. But being realistic about that, as far as touring with Black Sabbath, I don’t have the chops, and I don’t have the ability to drive a band like that on stage. I have to be back to 60 years old to be able to do that.”

He added: “I would love to do a studio album with Sabbath, with all the original members. I’m just saying that — I’m just floating that out there. I haven’t talked to anybody about that or anything else. But I’m not done."

From today’s #TrunkNation with @billwarddrums . Replays 10:30P ET tonight @siriusxmvolume 106 or anytime on the @SIRIUSXM app. Thanks to all my guests during Sabbath week! Incredible to have had 3 of 4 original members & @VinnyAppice1 . All on the app now! pic.twitter.com/U9sMt6AWhm