BLACK SABBATH Guitarist TONY IOMMI Buys New Lamborghini Urus - "When I Put My Foot Down, I Couldn't Believe It" 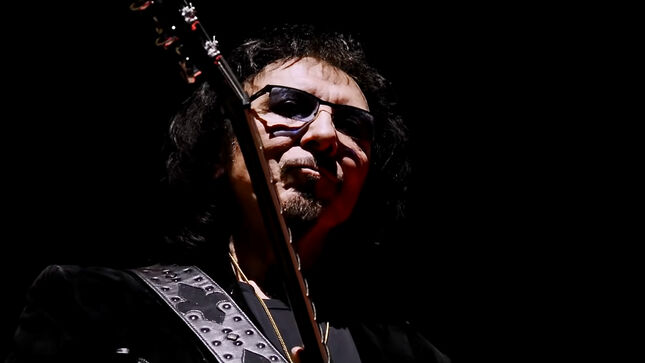 Says Tony Borroz: "First off, and just generally speaking here, anybody who plays guitar or bass - since about 1970 - and lives in the Western world has an enormous debt to Tony Iommi. Why? His riffs are super easy to pick up. Everything is in a box on the fretboard; play the riff, move up two frets, play it again, move down two frets, play it again, move over one string. Repeat. Repeat again. Play the bridge. Repeat. End of song. Django Reinhardt the guy ain’t, but Mr. Iommi is a gateway to bigger and better songs. You start off learning 'Paranoid' and 'Sweet Leaf', and next thing you know, you can play other, more complex stuff.

"And of course, since the guy is a musician, he’s going to have an interesting taste in cars, just like Billy Gibbons and James Hetfield do. You might not think about it, but being a musician and a gearhead puts you in a bit of a bind. Like the new Corvette? Of course, you do. Now try fitting a Marshall stack and a Fender Strat in a hard case in there. Go ahead. You can’t, can you? See, you’re forced into making vehicular compromises that can be particularly grating. You might have to get a station wagon or a (shudder) minivan. But hey, it could be worse. You could play drums.

"This brings us to the Lamborghini that Tony Iommi just bought. A Urus. Hey, that makes sense! There’s a lot more room in there than, say, an Aventador. I bet you could fit a full-stack (that’s the amp, and two 4 x 12 speaker cabs) and a couple of guitar cases into the back of a Urus. And that’s without (maybe) folding the rear seats down." 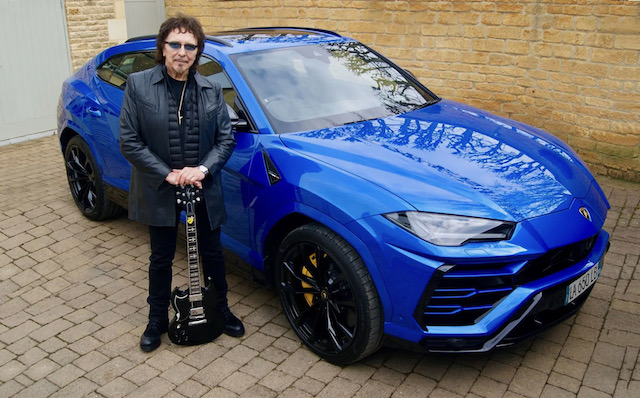 “I started off with two Espadas in the ’70s, one after the other, then I bought a Miura SV,” Iommi recalled. “When the Urus came out, I fell in love with it. It drives well, and it’s comfortable; I was impressed the first time I tried it during a track day. When I put my foot down I couldn’t believe it: it didn’t seem right, with a car of that size going that fast.”

It’s at this point where the Lambo PR department drifts into the unintentionally funny: “Automobili Lamborghini and Black Sabbath also share an ability to remain true to their unmistakable values. While many bands were adapting and adjusting their musical approach to the trends of the moment, Black Sabbath maintained a potent and consistent identity throughout the course of their epic career.”

Read the full report at Automoblog.net.