BLACK SABBATH Guitarist TONY IOMMI On Future Plans - "I Will Eventually Start Writing And Putting Some Stuff Together"; Video 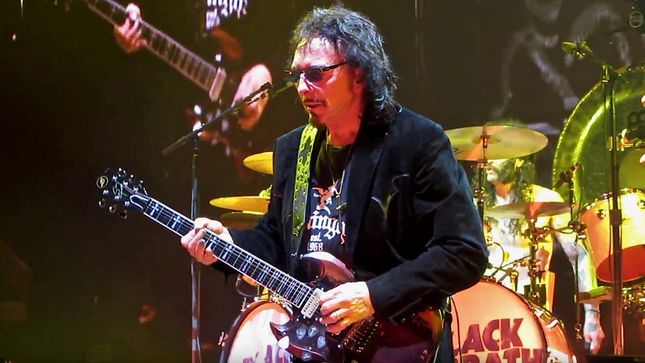 Kerrang! Radio spoke to Black Sabbath guitarist Tony Iommi on the red carpet at the 2018 Kerrang! Awards, and he talked about his plans for the future, including new music, and the possibility of Black Sabbath reuniting for the 2022 Commonwealth Games in Birmingham. Watch below:

Ozzy Osbourne told ITV News that he'd be open to performing at the opening ceremony of the next Commonwealth Games - to be held from August 27th - July 7th, 2022 in Birmingham, England - the city where his legendary band Black Sabbath formed in 1968.

“That would be fantastic, wouldn't it,? said Ozzy.

Tony Iommi seems to be on board with the idea, telling Birmingham Live: "I think that it would be a great thing to do to help represent Birmingham. I’m up for it! Let’s see what happens!”

Black Sabbath disbanded in 2017, playing their final show in Birmingham.

Black Sabbath released Supersonic Years - The Seventies Singles Box Set on June 8th. The limited edition 7” vinyl box documents the band’s run of hit singles as never before and features an array of unique content. Check out an unboxing video below.

• 10 unique colour picture sleeves from around the world, either ultra-rare or exclusive to this box set. Remastered by renowned engineer Andy Pearce.
• New liner notes booklet detailing the rarities contained within the box set, along with the story behind the birth and evolution of the most culturally important genre of all time.
• Lift-off lid box.
• Dinked 7” vinyl holed for authentic reproduction.
• Spot UV treatment on box lid outer
• The exclusive ‘Henry Devil’ spider-dink seven-inch adapter that can also be used as a keyring! Exclusive to pre-orders here. 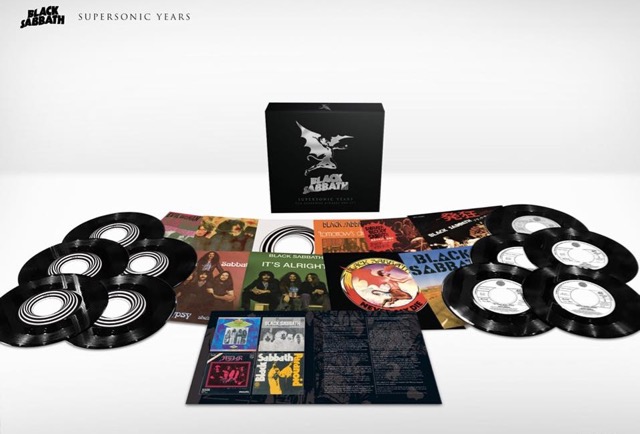 The set includes the following singles: