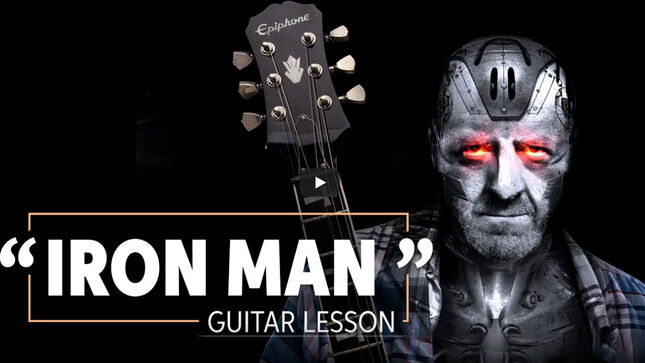 A near-ubiquitous track among metalheads of all generations, “Iron Man“ is a great song for beginners to cut their teeth on and veteran players to have in the back pocket. Check it out below:

Tony Iommi receives near-universal recognition as the father of heavy metal. The Gibson Tony Iommi SG Special is a true-to-life re-creation of his prized “Monkey“ SG Special - the axe that produced the sinister proto-metal riffage on Black Sabbath‘s early albums.

This solidbody electric guitar is built around a resonant mahogany body, with a rosewood-capped mahogany neck that‘s ultra-easy on your fingertips or lack thereof. Just like the guitar that inspired it, the Iommi SG Special comes loaded with chrome-covered P-90 pickups that deliver enough high-output, single-coil bite to drive you insane.

In the new video below, Nick Bowcott demos the SG Special: