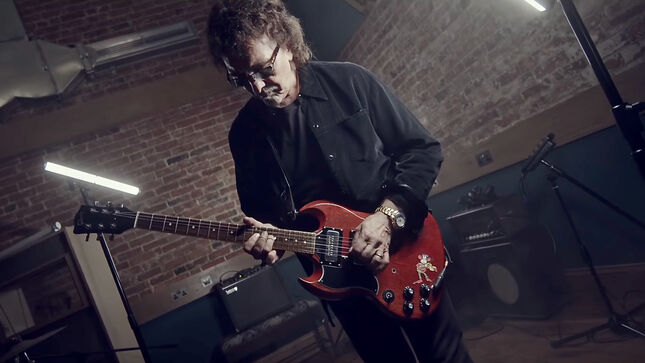 Black Sabbath guitar legend, Tony Iommi, was among the performers at the opening ceremony of the Birmingham 2022 Commonwealth Games, held at the newly-redeveloped Alexander Stadium in Birmingham, England on Thursday (July 28)

Iommi and acclaimed saxophonist Soweto Kinch lead a dream sequence, “Hear My Voice", based on the title track from the 2020 film, Trial Of The Chicago Seven, reimagined by Birmingham-born R&B vocalists Indigo Marshall and Gambimi. A short video from the event can be viewed below.

Ozzy Osbourne took to social media to congratulate his Sabbath bandmate, stating: "Tony Iommi, I was really proud to see you tonight at the opening of the Commonwealth Games in our home town of Birmingham."