BLACKIE LAWLESS Reflects On W.A.S.P.'s US Tour And Prepares For Europe With New Dates And VIP Tickets 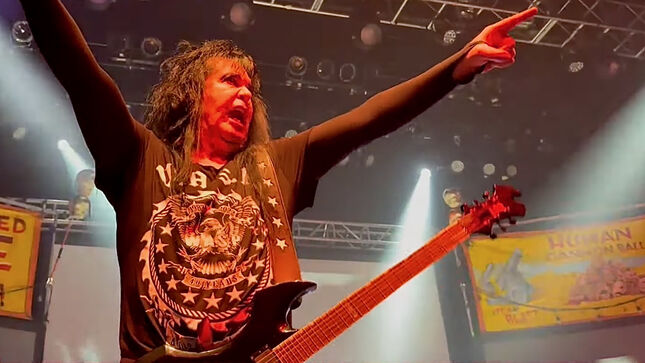 W.A.S.P. wrapped up their first US tour in 10 years with a sold out show at The Wiltern in Los Angeles, this brings a total of 18 sold out shows for the US tour. The show features the return of Animal F**k Like a Beast, which hasn’t been played live in over 15 years. The tour was recently selected by Metal Edge as one of the 10 Best Hard Rock and Metal Tours of 2022, by Ultimate Classic Rock as one of the 22 Memorable Rock Tours of 2022, by BraveWords writers as Top Concert of 2022 and by the Detroit radio station WRIF as one of the Top Concerts of 2022.

The European leg of the 40th Anniversary World Tour begins March 17 with a sold out show in Manchester England. Five new shows have been added to the European tour, with new dates in the Netherlands, Germany, Belgium, Slovenia and the Czech Republic. Because of fan demand, the VIP meet and greets with Blackie Lawless that the fans loved in the US will now also be offered on the European tour. VIP tickets can be purchased at waspnation.myshopify.com/. Tour dates and tickets for the 2023 European tour can be found at WASPnation.com/tour.

Tickets previously purchased for the 2022 European tour that was rescheduled to 2023 are valid for the new dates. Contact your venue if you have any questions. Tickets for the new shows and VIP tickets will go on sale January 27 along with tickets for all the shows in Sweden that had been on hold due to a change in promoter.

Looking back at the US tour, Blackie Lawless said, "There have been a number of times in my life when I was caught between agony and ecstasy. Many times while either making a record that had great meaning for me or a tour that was truly memorable. But the U.S. Tour that we just finished has been a joy I’ve not felt since the first tour we did in 84’-85’. When that first tour was over I felt like a little kid that had his brand new toy taken away from him. When I got up on Elvis at the end of the last show finale, I stayed up on him longer than I normally do. I held that pose for what seemed like forever and in my mind it was a blur and I was flashing in my head all the shows we had just done and how desperately I wished this tour would just keep going and going. I’ve never wanted something not to end so badly before…even more than the first World Tour in 84’-85’.
I’ve been blessed with a good memory and as I was on Elvis I could see the faces of many of you that were at these shows. In a flash it flooded my head and I just wanted to stay up there.

When we played the Ryman Auditorium in Nashville a couple of weeks ago it had a profound effect on myself and the whole band. We knew we were standing on sacred ground. Where I was standing and singing was the exact spot where Loretta Lynn’s body had been lying at her funeral just a couple of weeks before. She was music royalty, she was true greatness….the Coal Miners Daughter.

That was an emotional night for us and from that moment on for the rest of the tour, we all kept talking about how we absolutely did not want this tour to end. In these shows we got an awful lot of love from all you guy’s and it was so heavy when we’d stand on stage it felt like we could cut it with a knife. Something truly special happened between all of you and us on this tour. More than I’ve ever felt before in my entire career.

Additionally, I must take a couple of minutes to address the Meet and Greets. I had never done these before. Especially not where I could have a real dialog with those who were there. In the course of the 30 plus gatherings I learned more about your true feelings than I’ve ever learned before. Someone might say I should have started doing them several years ago. If I did I don’t believe it would have had the same effect because the things I was hearing from you was an accumulation of years and years of you studying those lyrics and having the space to let them speak to you that only time can do. Time to let you really reflect on how it’s spoken to your lives. The looks on your faces when you spoke, was at times for me a frustration that is difficult to express, because mere words cannot paint the raw emotions I was feeling from many of you. And I’m supposed to be the writer here!

The European leg of the 40th Anniversary World Tour begins March 17th in Manchester England. Like most of the shows here in the U.S., Manchester now shares the two most beautiful words in show business, “Sold Out”. 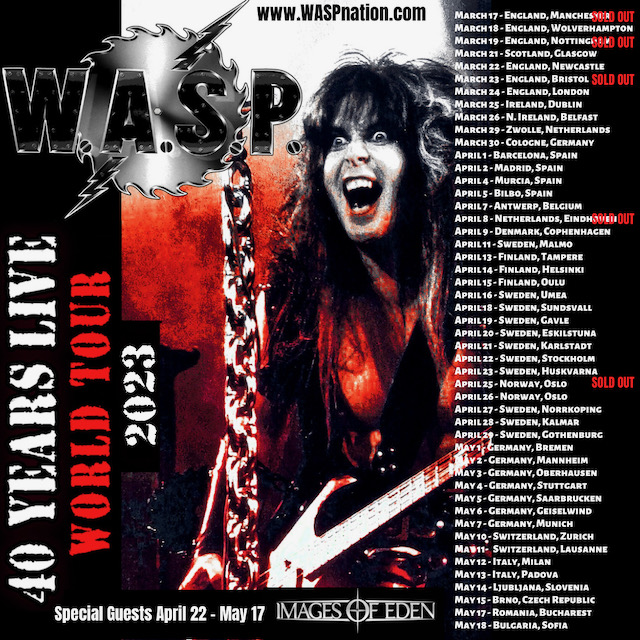