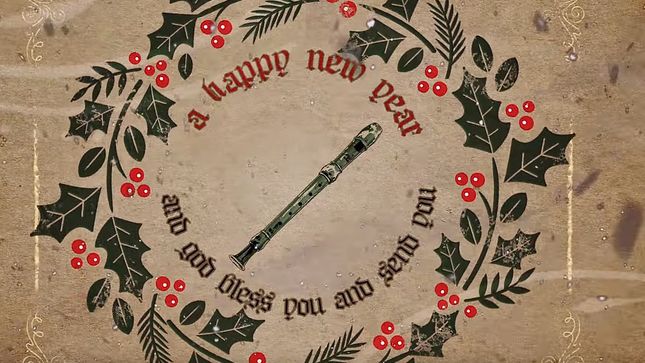 earMUSIC, the global independent Rock and Contemporary music label of Edel Germany GmbH, recently announced the worldwide signing of Blackmore’s Night. The band was founded in 1997 by legendary guitarist Ritchie Blackmore and Candice Night to stage their mutual love for traditional Medieval and folk-rock music. Ritchie Blackmore has shaped the hard rock scene for decades as one of the most influential and notorious guitarists ever, first with Deep Purple and later with Rainbow.

Nature’s Light, Blackmore’s Night’s eleventh studio album, will be released in spring 2021 - followed by the band’s entire catalogue later in the year.

To bridge the time while waiting for Nature’s Light to be finally released, the band decided to record a new Christmas themed EP and give their fans something special to celebrate the holy days with. Here We Come A-Caroling includes four festive tracks and will become available December 4 on Limited Edition 10” Translucent Green Vinyl, as well as a Limited Edition CD Digipak and Digital.

"Here We Come A-Caroling", taken from the forthcoming 4-track EP of the same name, is a beautiful rendition of the classic Christmas carol, which is being given a new-yet-traditional sound by Candice Night and Ritchie Blackmore. It’s the forerunner of the upcoming EP which will bring the holiday spirit into the homes of many fans during the cold season.

"Here We Come A-Caroling" is available for immediate streaming and download here. The corresponding lyric video, with wonderful animations and festive illustrations, can be seen below.