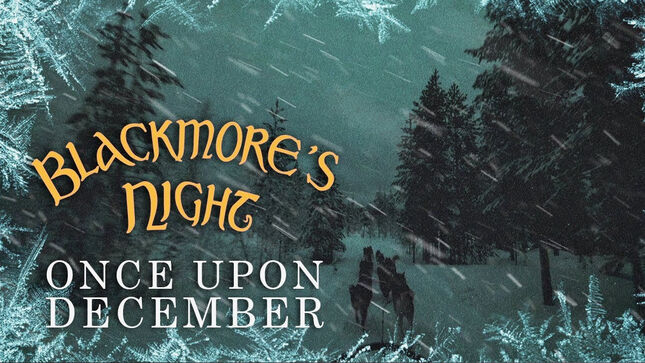 On March 12, Blackmore’s Night will release Nature’s Light, their eleventh studio album and the first in six years. Today, the band, founded in 1997 by award-winning vocalist Candice Night and legendary guitar icon Ritchie Blackmore, reveal the first single and lyric video, "Once Upon December", a foretaste of the highly anticipated new album.

"Once Upon December" is available for immediate streaming and download here. Watch the video below.

While the album is rooted in a traditional approach, fans of Ritchie Blackmore’s unique style will not be disappointed. Heartfelt ballads, such as a brand-new version of "Wish You Were Here", set the scene for the magical tales on "Four Winds" and "The Twisted Oak". On the two instrumental tracks - "Darker Shade Of Black" and "Der letzte Musketier" – Ritchie’s guitar brilliance shines through.