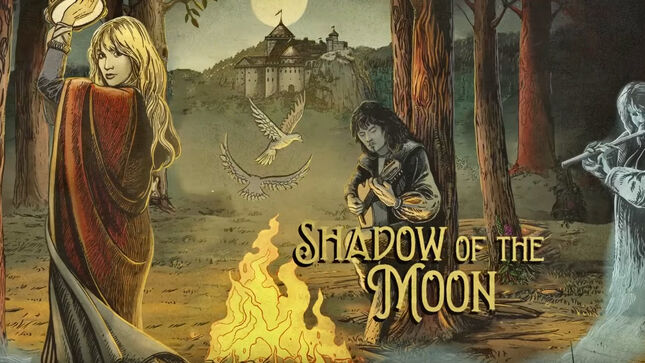 On March 10, the 25th anniversary edition of Blackmore's Night's Shadow Of The Moon will be released via earMusic. This incredible album was lovingly restored, remastered and remixed after the original master tapes were discovered.

Released back in 1997, it was a groundbreaking, radical departure from Ritchie Blackmore's previous work, but ultimately became something of a milestone in his career. Candice Night's beautiful voice and gift for storytelling complement the music perfectly, creating a timeless album.

To coincide with today's announcement, the 25th Anniversary Mix of the title track, "Shadow Of The Moon" is available as a digital single and lyric video. Pre-order the album here, get the single here, and watch the lyric video below.

Blackmore’s Night were founded in 1997 by legendary guitarist Ritchie Blackmore and award-winning lyricist and singer Candice Night to stage and explore their love for traditional Medieval and folk-rock music. Together, they created a band that like very few others is a prime example of truthfulness and creative integrity.

The band’s debut album Shadow Of The Moon (1997) was not only Blackmore’s deliberate radical cut from his previous life as celebrated rockstar in Deep Purple and Rainbow; it was a ground-breaking statement of his artistic ideals: mainly acoustic music, influenced by the songs of the Middle Ages and the Renaissance with a touch of genius that made them sound contemporary. Shadow Of The Moon was a milestone album. It encompasses everything that Blackmore’s Night stand for to this day: beautiful melodies and warm atmospheres that are able to reach the soul as well as joyful songs to dance to and to celebrate.

The 25th Anniversary Edition of Shadow Of The Moon was converted in HD audio from the original recording, and it has been fully remixed, allowing the original performance to shine in its original glory. The original iconic artwork has been refreshed and reworked to celebrate the anniversary. Two previously unreleased acoustic recordings will be part of this reissue: “Spirit Of The Sea” and “Shadow Of The Moon”, both recorded in an intimate home session by Candice and Ritchie in 2022. All physical first print editions will also carry an exclusive “Shadow Of The Moon” documentary on DVD as bonus.

“It’s hard to believe that 25 years have gone by since the snowy nights spent by the fireplace writing these songs. Much has changed since those early days, but the magic of the music still shines as brightly as it did back then. We feel truly blessed to have been able to bring these songs to the world, and do so again, in this remixed reissue proving they truly do stand the test of time. For 25 years we have graced historical venues stages worldwide and now we are able to revisit again, with you, this beautiful version of “Shadow Of The Moon”. We hope you enjoy it as much as we enjoyed revisiting those early days. We find that the songs are still timeless...” - Candice Night & Ritchie Blackmore 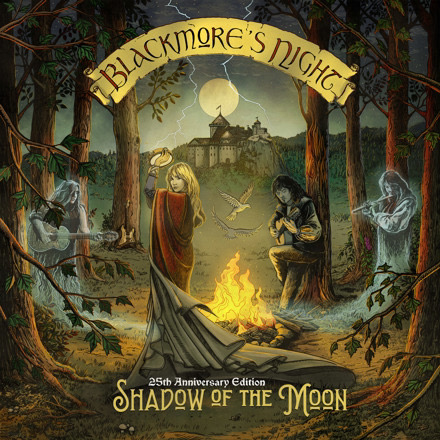