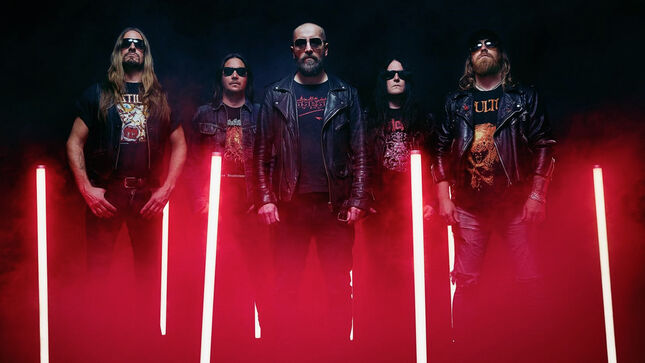 Just two weeks after dropping their sixth full-length album, Survival Of The Sickest, death metal beasts, Bloodbath, massively hail towards the annihilating spirit of old-school death metal with a new music video for thrillingly violent “Putrefying Corpse”. This vicious onslaught is driven by explosive death, thrash and black metal and features a roaring contribution by Barney Greenway (Napalm Death), proving the critically-acclaimed, cult-followed band has no limitations, leaving the scene in shreds.

With Survival Of The Sickest, the legendary wicked force featuring current and former members of Paradise Lost, Opeth, Katatonia and Lik marks an evil comeback, presenting death metal at its ugly best: vicious, unrelenting and irrevocably sworn to the black.

Nick Holmes on “Putrefying Corpse”: "The process of human life with a soul and humility, to eventual death, as nothing but rotting meat for vermin.”

Watch the official video for “Putrefying Corpse” below:

The world is in flames, and Survival Of The Sickest, produced by Bloodbath and co-produced and mixed by Lawrence Mackrory at Rorysound Studios, offers no respite from the horrors of reality. Instead, with the addition of new guitarist Tomas ‘Plytet’ Åkvik (Lik) onboard, Bloodbath’s latest and greatest album gleefully confronts the slavering ghoul lurking in the shadows, and treats him to ten songs of ripping death metal frenzy. Alongside Bloodbath’s official alumni, Survival Of The Sickest boasts a smattering of irresistible cameos from the great, good and ghoulish of the metal underground, including Barney Greenway (Napalm Death), Luc Lemay (Gorguts) and Marc Grewe (Morgoth).

Bloodbath: "If there was a declaration of goods attached to this album, it would say Florida death metal exported from Sweden." 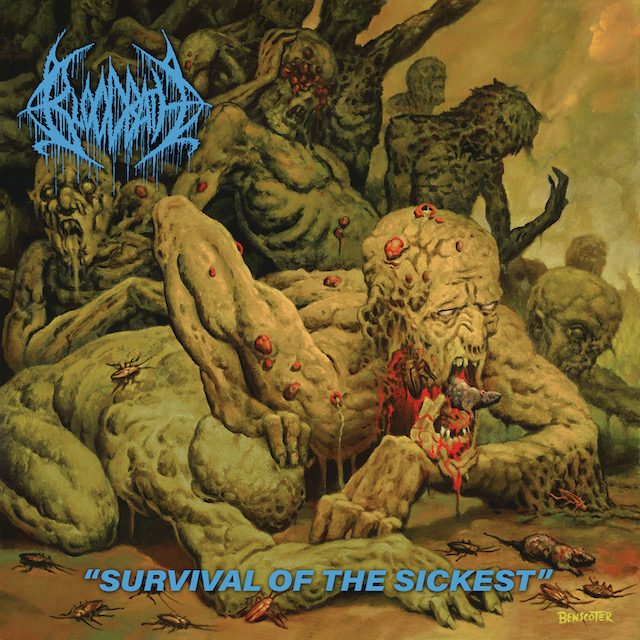 Survival Of The Sickest tracklisting:

“No God Before Me” lyric video”: