BOB DAISLEY Discusses How He Convinced MÖTLEY CRÜE Not To Fire MICK MARS - "I Think I Saved Mick That Night"; Audio 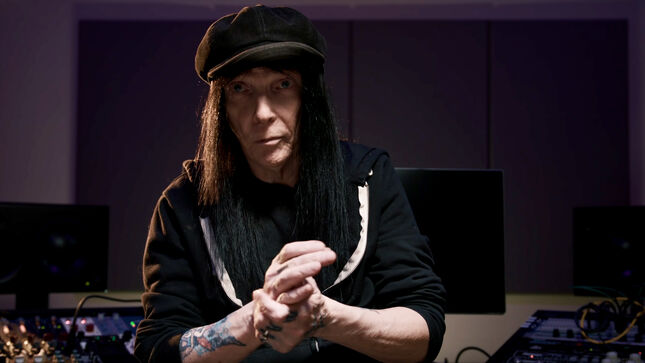 Bob has appeared a few times on The Metal Voice going in depth about his career with Gary Moore and his court proceedings and time with Ozzy. This time Bob talks about the making of Black Sabbath's Eternal Idol, convincing Mötley Crüe not to fire guitarist Mick Mars, plus writing with Steve Vai for Ozzy and a lot more. Watch below.

When asked how he convinced Mötley Crüe not to fire Mick Mars, Daisley reveals: "That night after the show Mick Mars went on our bus (with Ozzy on the Bark At The Moon tour) and I went on their bus so I was the only one from Ozzy that went on their bus. And they were having a meeting. What they were planning on doing was getting rid of Mick and getting another guitarist in, and they asked me for my opinion. So I said, if you want my opinion for what it's worth I would say do not try to fix something that is not broken. I said I have seen it before with Lee Kerslake in the Blizzard of Ozz. I said you got a chemistry there, you got a functioning unit, Mick Mars is part of that don't fuck it up. Don't do it. I think I saved Mick that night cause they were serious about getting someone else. Mick was good for the band, he was part of the sound of the delivery of what they did."