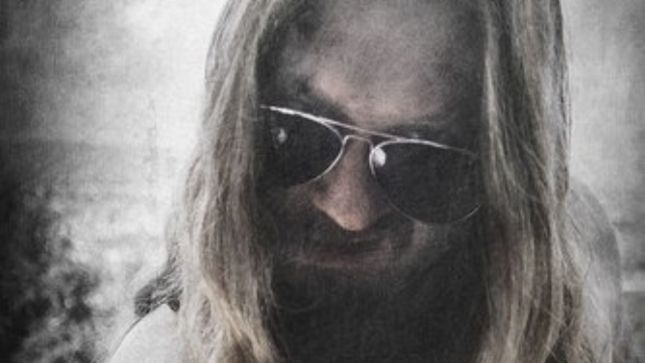 "A great friend from the past and a fantastic musician has just recorded his parts for a guest appearance on the upcoming Coldbound album. ICS Vortex, better known for his work with Arcturus, Borknagar, ICS Vortex, Lamented Souls and ex- Dimmu Borgir,  has decorated a song with his iconic and one of a kind vocal capacity. The result is spectacular and we so are looking forward to present to you the outcome!"

Coldbound recently posted the following message along with a brief trailer featuring new music, found below.

"Since the birth of this project, 8 years ago, everything was uncertain. Expanding the project into a full band seemed so distant and yet again utopic; at least impossible.

As some of you have noticed lately, Coldbound is currently preparing a new work that has engaged a big amount of respectable guest appearances so far. Some of these guest appearances became real friends. Friends that one can rely on, friends that one can express all the worries and wishes, friends that somehow appear in your life the right time. Throughout the music, which we use a channel to transcript our dreams, hopes, fears and worries; we found the missing ingredient to form a musical quintessence.

As melodies and ideas are flowing endlessly, we already start planning our future journey. The passport is already claimed. One would ask; how?

Well. there is recorded music from all of us that will be presented to you very soon in our new album. Once the music was written and recorded, we start thinking and talking about it in the most realistic way possible. At the point that we all realised that this is as real as it gets. Eventually, it all became reality in the most unexpected and beautiful way. While carving a new sound and a new approach, skilled people are required; no doubt. But what we got here is the vision that we all share. This is the vision that will lead our path. A very own creation of ours."

Pauli Suoka comments: "Liv Kristine, the voice of my adolescence. A real angel down on earth with a heart of pure gold. A fantastic friend that shares the same visions. The perfect balance of all frequencies.

Markus Riihimäki,  fiery presence. A hell of a composer and a hard working professional with clear vision and zero sign of procrastination when it comes to music production. The person that will ring me anytime to hit me up with new ideas that he will actually put down on paper right away. The brother that I never had.

Meiju Enho... if forests had a sound, Meiju would have been the conductor. An extremely charismatic composer with a great ability to create unique soundscapes. The voice of reason. A true blessing to be in the same musical project with! With visions and frequencies perfectly aligned.

As our times face a dramatic swift and things around us change, so we also change; minute by minute, day by day. But changing towards a more complete entity, throughout all the hardships that we might face and through every single obstacle we succesfully pass, losing ourselves, losing our passion of what we love doing, would be an absolute devastation.