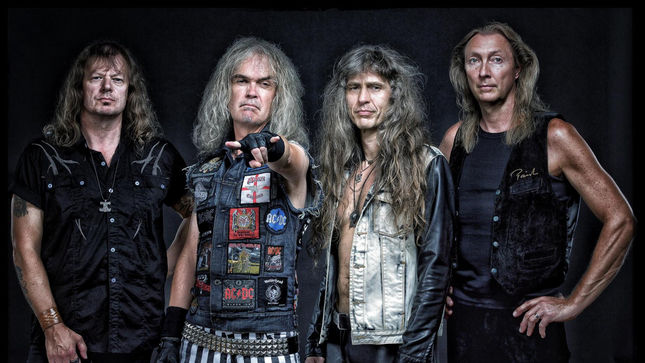 Some people may need the doctor when sick, but we at BraveWords have found the power of heavy metal to be the perfect cure. Grave Digger’s provides the perfect hymns for the hill with Healed By Metal, thrusting Germanic heavy metal with speed and aggression flaunted with pristine quality. Whoever said people mellow as they age are full of crap!

BW scribe Mark Gromen glowed in his album review stating, “While his mop is now gray, has mainstay Chris Boltendahl found the fountain of youth? This guy hasn't changed in decades! While the last couple of original alums have gradually pushed Grave Digger back into an ‘80s speed metal mentality, apparently the re-recording of vintage tracks for their Exhumation – The Early Years CD pushed them over the edge (in a good way). There's barely a breathable moment on the ten blistering creations.”

As the gravelly voiced frontman Chris Boltendahl told BraveWords is a feature story, “What I see is a classic Grave Digger record without any snick snack. It started with the first chorus of the first song and it ends with a big laughter. I think it’s Grave Digger metal 120%.”