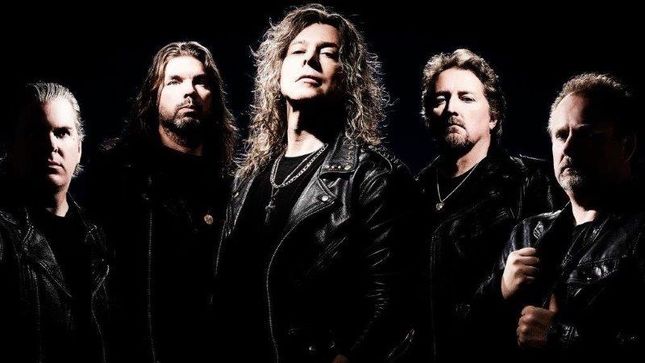 Back from the dead! U.S. heavy/power metal stalwarts were in limbo after 2011’s The Scourge Of The Light, but reformed in 2013 and now in 2017 comes The Deviant Chord. 1984 debut Ample Destruction will always be a cornerstone of USPM and 33 years later, Jag Panzer is still firing on all cylinders. Welcome back boys and don’t stay too long next time!

Guitarist Mark Briody told BraveWords’ Rich Catino in his feature story that The Deviant Chord is their most varied album saying, “There are songs on the album which sound like old school Jag Panzer while others sound like our more recent recordings. So I think it’s album that characterizes our music throughout our entire career.”

Scribe Kelley Simms concluded in his review, “The Deviant Chord is probably the most varied album Jag Panzer has ever recorded, yet the classic Jag Panzer-isms are all over its 10 tracks. Harry (Conklin, vocalist) sounds great throughout the album as his range is immaculate after 35-plus years, while the guitar tandem of Mark Briody and Joey Tafolla conjure up blazing solos, fiery riffs and Maiden-esque harmonies to pleasing results.”