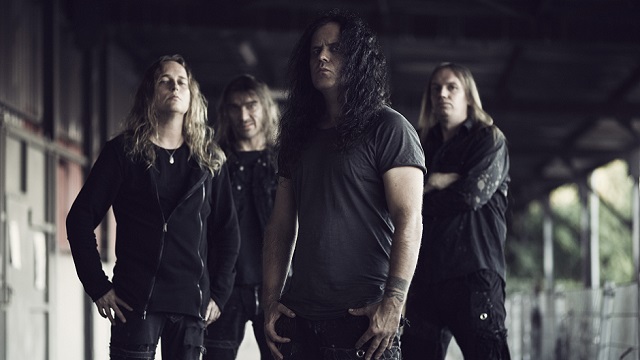 33 years and they still haven’t lost a step. German thrash masters Kreator haven’t lost a step with Gods Of Violence. More melodically driven, the album is a clear continuation what footprints created in 2012’s Phantom Antichrist. The Germans are as angry as ever delivering ferocious hymns like “Satan Is Real”, “World War Now”, and the title track. Spin it and revel in the Gods Of Violence!

Mainman Mille Petrozza told BraveWords in a feature story about the album as the punctuation point in their career: “I would say it’s the next step coming from Phantom Antichrist. We tried to make the album as interesting and exciting as possible. I guess that’s what we did. I wouldn’t say it’s a continuation of Phantom Antichrist, but definitely the album that follows it up. It was a tough one to follow up. I think we’ve managed.”

Mille also said, “To me, this is a journey. It’s like being on a roller coaster ride. You don’t know what is happening around the corner. This is what happened around the corner after Phantom Antichrist. Without over thinking the music, we just tried to come up with an album that is exciting. There is no formula to this. No concept. It’s more about us doing it and doing it the best we can. When we went into the studio for Endless Pain and that attitude hasn’t changed now.”

Scribe Kelley Simms raved about Gods Of Violence in his review saying, “To the die-hard Kreator fans who might’ve been worried about what the band would sound like in 2017, don’t be. All is well in camp Kreator. Five years after 2012’s Phantom Antichrist, the Teutonic thrashers take a more modern day melodic approach on its 14th full-length release, Gods Of Violence. Founder/guitarist/vocalist Mille Petrozza has steered the Kreator ship for three-plus decades, and he sounds as vicious as ever on its 11 tracks. The current lineup of Petrozza, Sami Yli–Sirniö (guitars), Christian ‘Speesy’ Giesler (bass) and Jürgen “Ventor” Reil (drums), sounds just as lethal and have become a very proficient machine.”