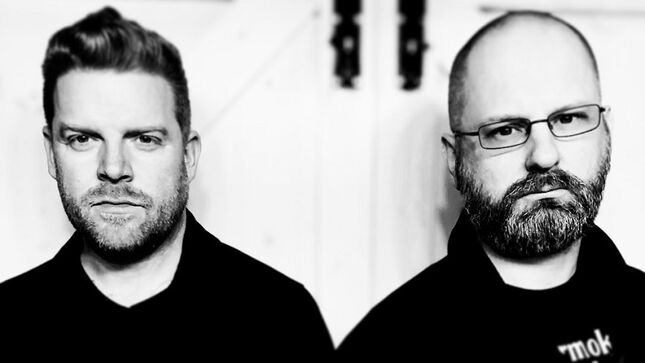 Top 5 Brave Embarrassments
COREY TAYLOR – CMFT (Roadrunner)
I considered giving this all top 5 slots. None of the others on this list resonate with me quite the way this does. Corey Taylor’s CMFT, the rapping, the title belt, offends me to my core. It’s a toxic shock to the senses in the absolute worst way. In a horrific year for the music business, nothing has bothered me more than CMFT.

MARILYN MANSON – We Are Chaos (Loma Vista)
If I were to look up the career of Marilyn Manson 50 years from now, the word safe certainly wouldn’t come to mind. We Are Chaos feels safe for an artist who consistently pushed the boundaries of both presentation and sound.

ASKING ALEXANDRIA – Like A House Of Fire (Sumerian)
This band was “heavy” once, I’m told. If the “emo” sub-genre that dominated the mid-2000s made a comeback, Asking Alexandria and albums like this would surely lead the charge.

MUSHROOMHEAD – A Wonderful Life (Napalm)
Ooof. I’ve never been much of a Muhsroomhead guy. I’ll admit nu-metal does hold a special place in my heart from my angsty teenage years, but that angst and pissed off feeling that carried so many of the genre staples, and indeed the early albums of these masked marauders, is nowhere to be found here. Plus with the rotating door of members, there’s hardly a shred of what many fans remember of Mushroomhead left. And it shows here.

TRAPT – Shadow Work (Ingrooves)
I’ll be honest, I listened to one song of this album. I’m bias, I’ll admit, and I had made up my mind of what I felt about Trapt in the year of our metal lord 2020. These guys are goofs of the highest order, easily the biggest mockery in “heavy” music of the year. For that alone, they rank high on this and I’d imagine each and every year end list.

What/Who Needs To Stop in 2021
Trapt …But seriously, heavy metal media clickbait articles. “Ted Nugent says XYZ about Trump”, “Corey Taylor goes shopping. You won’t believe what he buys!”, “Lars Ulrich’s favourite Metallica song was this”, only to open the article and find he makes no hard and fast commitment to anything! It’s a daily occurrence now.

It’s sad that the promotion of heavy music that we love has been largely usurped by the need to stockpile clicks and views. I know these outlets can’t power themselves on fire and desire alone, but can we keep some integrity please? The multi-media landscape is gross enough without pulling heavy metal down with it.

Thoughts on 2020
What can you say about 2020? Removing the hits and misses and the white noise of the socio-political across the globe that bleeds into everything, this year will be remembered for COVD-19 and the lasting impact it has had, and will continue to have, on the entire entertainment business. It’s grim, and there’s much to lament, when considering the time lost, and what has been lost in terms of jobs for those across the music space. But there are silver linings if we look close enough.

The inventiveness of artists never ceases to amaze. Live stream performances and new and interactive ways to give back to fans have been just the tip of the iceberg in a year that has produced more in the way of fantastic music than it has any right under the circumstances. Yes, we miss the live experience, we miss festival season and the brotherhood of metal, but both fans and artists have come together during this pandemic in a way that is nothing short of inspiring, leaving me more than optimistic for what’s to come in 2021.

Metal Predictions for 2021
Stealing from the above I am optimistic about the new year, albeit cautiously. I will make a maybe not-so-bold prediction that the bulk of the marquee metal festivals and tours that have been booked for 2021 will NOT go ahead, and if they do it will be a far shade of what fans are used to. But that’s simply how we must adapt in a COVID-19 reality. This feels like a marathon, not a spring.

Not something to debate is that we will have an influx of FANTASTIC new albums in 2021. All this downtime has birthed some creativity and we fans are reaping the rewards. We hear rumblings of new At The Gates, Obituary, Devin Townsend and Anthrax, among dozens that I can’t or have simply forgotten to mention. I have little doubt that the new year will bring some absolutely punishing and relentless heavy metal, the proper distraction for the shit-show that has been 2020.