BraveWords Preview: KATAKLYSM Frontman MAURIZIO IACONO Talks Unconquered - "This Is The Record Where We Bring Back The Beast; That's How Confident We Felt Making It" 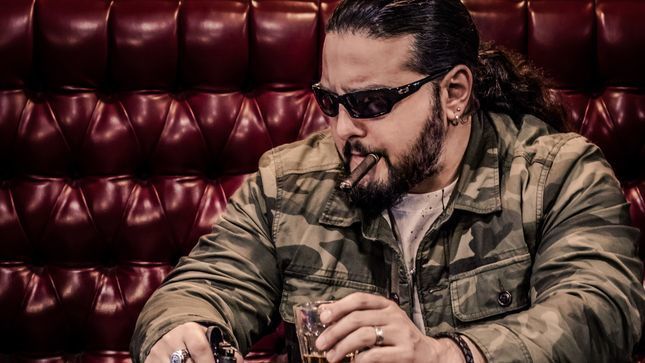 Maurizio: "I came up street heavy in a bad area of Montreal. I come from a place where you have to constantly prove yourself, and in the end you have to have that kind of positive attitude in order to win. If you don't have that confidence then it's just not going to happen. It's one of those things where I used my own life experience in the projection of Kataklysm because it's always about a struggle. You're always struggling with something, fighting with something, so you need to believe in yourself to get through it or it's not gonna happen. I could have gone sideways so many times in my life and music always saved me. So for me it's an important message that I keep coming back to because that has defined my character.

The reason for calling the record Unconquered... we're going towards 30 years. We started in our teenage years in high school, and we were innocent when we started this. It was pure heart. Coming through all those years, all those different styles of metal, all these changes, we're still alive and strong, still relevant, so I think the word 'unconquered' came easily when we were putting this together. I have it tattooed in Latin on my arm (Invictus), and I said 'This is the record where we bring back the beast; let's make a statement with it.' That's how confident we felt making it."

Unconquered was recorded and engineered by the band's long-time producer and guitarist J-F Dagenais at JFD Studio in Dallas, TX. Kataklysm enlisted legendary Colin Richardson, post retirement, to aid in the mixing of Unconquered’s weightier and modernized sound with additional help from Chris Clancy’s technicality and precision.Unconquered stands among the best produced albums in the band's career.

"Underneath The Scars" video:

Kataklysm have parted ways with drummer Oli Beaudoin, who was with the band since 2014, and have announced the addition of James Payne to the fold.

The band says in a statement: “Kataklysm have officially parted ways with drummer Oli Beaudoin; we would like to thank him for his work on the past four albums and his professionalism on the live stage over the last few years, we wish him all the best with his future endeavors.

“With that being said, we are excited to welcome acclaimed Los Angeles based drumming monster James Payne (Hour Of Penance, Hiss From The Moat, Vital Remains) to the Kataklysm family, James will be behind the throne for the upcoming Unconquered world campaign and beyond. Please give him a warm welcome.”

Payne comments: “I am thrilled and honored to join Kataklysm and participate in a piece of their amazing legacy! I've been a fan of the band since I was in high school, and to think of sharing the stages around the world with them is incredible! I can't wait to start this experience and give the fans all I have behind the drums at every show we'll play and beyond!”

In the video below, Payne playsthrough the single, “The Killshot”.