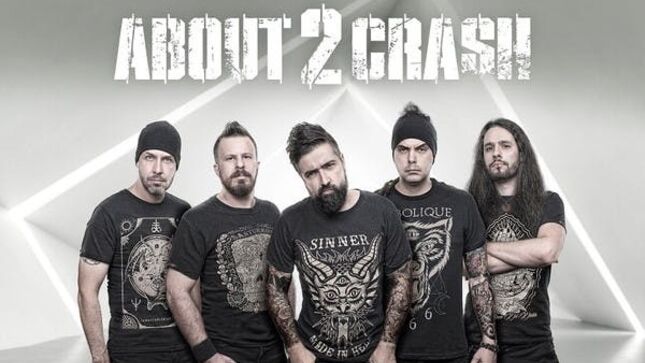 Rockshots Records has announced their signing of Brazil's About2Crash for the band's second full-length due out in 2023 to follow their debut 2020 debut I Am God.

Since About2Crash made their live debut at Rock in Rio 2015, they have been sharing multiple singles with fans, which were eventually compiled for their first full-length I Am God. The album was mixed by Damien Rainaud (Dragonforce, Fear Factory, Babymetal) in Los Angeles and mastered by Adriano Daga (Lenny Kravitz, Malta) in São Paulo. I Am God also featured Aquiles Priester (Edu Falaschi, Hangar) and Luis Mariutti (Shaman).

The cover was designed by German artist Mirkow Gastow. I Am God featured songs like “Until the End”, which talked about fighting addiction and depression. It also featured a cover version of Madonna's “Like A Prayer” surprising fans for its versatility and the song “Monster”, which was written for the Brazilian fighter Viscardi Andrade.

The I Am God album is available on digital platforms.