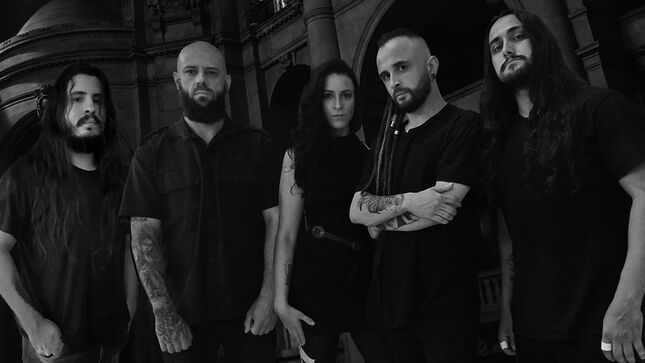 Brazilian dark metal band Spleenful have announced their new members, Lucas Ollé (bass) and Drax The Ax (drums), who are currently recording the long awaited band's full-length. The new record, which title will be announced soon, is being record at RKE Studio, in São Leopoldo, under production duties by Eduardo Rabuske.

The album will contain eight unreleased tracks written over the course of the last months, like "Zeitgeist" and "Chaotic Layer Of Metafiction". Singer Tiago Alano comments: "We started the writing process right before the beginning of the isolation, but we were able to carry on considering restrictions we faced. We already got three tracks in an advanced stage of production since we started recording in the RKE Studio and the results are very satisfying for us. The tracks are a lot heavier than what people are used to listen from us and Eduardo Rabuske is wonderfully great capturing this new essence.”

Guitarist Elias Mendes adds: "The new compositions are more technical and brutal, highlighting the use of 7-string guitars with lower tunings."

Spleenful released their first EP in 2013, entitled Bittersweet. In the following years the band had shared the stage with Moonspell and Therion. Their latest release was the "Winter Solstice Dream" single in 2018.