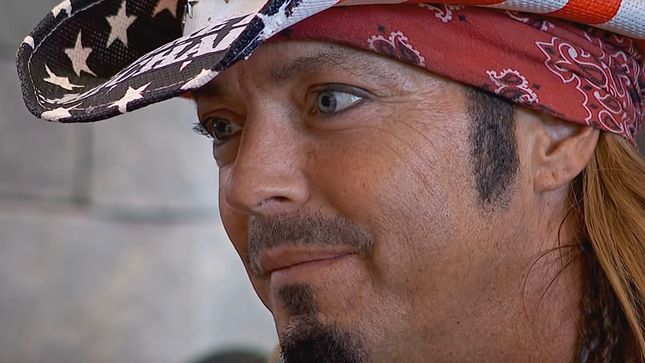 Poison frontman Bret Michaels has released an official video for his new single, "Unbroken", which was co-written with his 13-year-old daughter, Jorja Bleu. As he says in the introduction, the song is about mental and physical strength over adversity.

It’s not every day that a rock musician - let alone Bret Michaels, best known as the bandanna-clad frontman of the ’80s rock band Poison - talks about finding “balance.” But for Michaels, who has type 1 diabetes, finding that balance can be a matter of life and death.

“Diabetes is a very complicated disease,” Michaels tells Yahoo Lifestyle. “When you’re diabetic, there’s this everyday balance. The pancreas is no longer secreting the amount of insulin you need to cover the food intake, your carb intake. This is an incurable disease. You treat it with medication and with doing the right thing to stay healthy.”

The 55-year-old singer has been coping with the disease for most of his life. At 6 years old, Michaels blood sugar levels were running “incredibly high,” although no one knew it at the time. His parents, worried about their son’s health, took him to the emergency room where he was diagnosed with type 1 diabetes. “At that point, I was severely going into ketoacidosis, which … your body at that point is starting to shut down,” he says.

Michaels, who has been getting daily insulin shots since then, remembers being the only kid in his Pennsylvania school who had diabetes. “I remember having low blood sugar and passing out,” Michaels recalls. Some parents at Michaels’s school mistakenly believed at the time that diabetes was contagious and didn’t allow their kids around him. “I just wanted to be a normal kid,” he says.

Read more and view a video report at Yahoo Lifestyle.