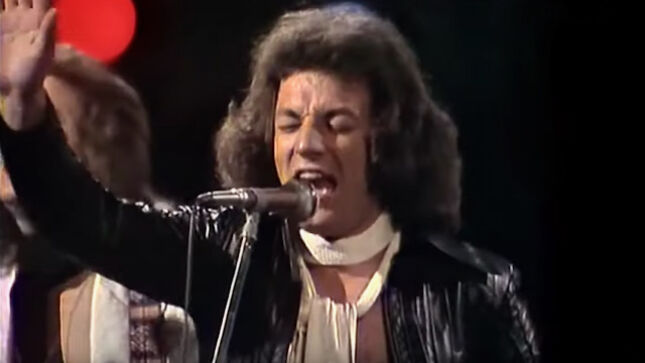 AC/DC singer Brian Johnson has released the rare video below, in which his band Geordie performs "Goodbye Love" live on Pop '75, a music program that aired in West Germany from 1974 to 1979 and originally broadcast on the SWR and HR networks.

The clip below features an extract from the Nick Mason episode of A Life On The Road. The Pink Floyd drummer arrived by helicopter and took Brian Johnson for a spin in his £40M Ferrari 250 GTO - the car that helped finance Pink Floyd's 1987 Momentary Lapse Of Reason tour.<

Mason also treated Johnson to an exclusive look at his amazing car collection, as part of A Life On The Road, Season One.