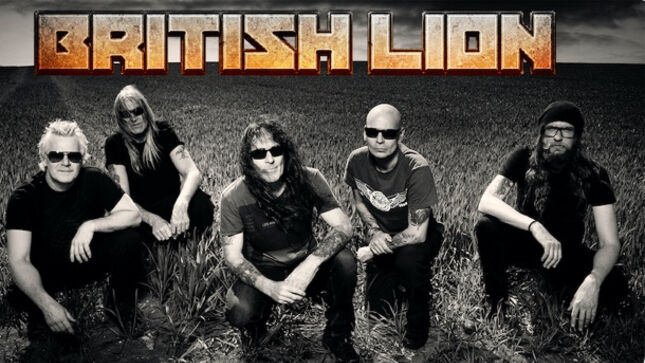 British Lion, the side project of Iron Maiden bassist Steve Harris, were scheduled to be the opening act on The Darkness' upcoming UK tour, which begins November 17 in Brighton, and wraps up December 17 in London.

"Due to circumstances beyond our control British Lion are really sad and disappointed to announce that we will not be able to participate in the tour with The Darkness. Very recently we received their own protocols that are not Government protocols which are completely unacceptable to us. Therefore, we have no alternative but to withdraw from the tour.

We are really gutted that this has happened and although it is really short notice we will try our best to put together some shows of our own in November/December."

Thankfully, this unfortunate turn of events has no bearing on British Lion's previously announced European club tour for summer 2022; it will go ahead as planned.

In other news, British Lion have released an official video for "Bible Black", the fifth single from their 2020 album, The Burning. Watch below: