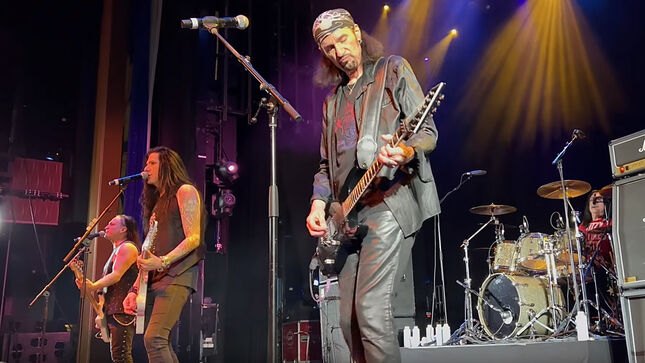 Today he releases "All Hell's Breakin' Loose" from the show, which can be viewed below. A message states: "Here's a great song from Lick It Up that KISS never performs. It has an amazing main riff, as well as awesome rap style lyrics sung here by Todd Kerns. We dedicated it to Eric Carr, since he is a co-writer with Paul Stanley along with Gene and Vinnie. The crowd loved hearing this live!"

Creatures Fest 2022 will take place Memorial Day Weekend, May 27 - 29 in Nashville, Tennessee at the Sonesta Nashville Airport Hotel. Get ready for three nights of live music. Bruce Kulick has been added to the lineup, which already included KISS alumni Ace Frehley and Vinnie Vincent. Organizers are calling this "The Holy Trinity."