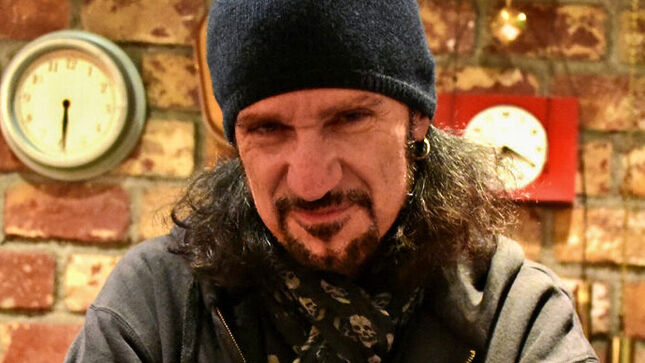 In a new interview with Metal-Rules.com, former KISS guitarist, Bruce Kulick, announces plans for 2021, discusses working with Ace Frehley, and reflects upon the passing of his brother, Bob Kulick. An excerpt follows:

Metal-Rules.com: Here we have discussed many things, but if we think about the year 2021, what can all the fans expect from you (this) year? Maybe a new Grand Funk tour, new music, what all you have now planned for?

Bruce Kulick: "Well, it’s a great question. And it’s something I’ve been talking with my wife about because I’m not saying necessarily – I want to do other things with her in the future, too. But we chat because, especially (last) year with me being home all the time and we’re together, we’re friends in the same circle of KISS people and everything. We’re able to really kick it around a lot. It is exciting. There are some exciting things that I hope can happen, and there’s a lot of unknowns. So that’s why I love the chats with Lisa about more the unknowns, not the ones we know. I’d like to see – part of the unknown is knowing when really live gigging will be accepted and be very, very, safe and become active. And I think anyone making a spring plan is too soon. But beyond that, I don’t know. I don’t know, okay. And anyone who thinks they do, I don’t know if they have enough facts to make that opinion to be real, okay.

"I’ve heard some people say 2021 could be another ”off-year.” I’ve heard some people say, “No, it’s all going to be fine by the summer.” And I’m not believing either side, okay. I’m going to wait and see, okay. So in the meantime, I’m really excited, for example, about working with the guys in my band, the Mob. I call them members of Bruce’s band, the Mob. Because we’re all local, we could probably all get together safely and actually do something, okay, either get the test or just wear your masks and let’s work together. So that’s a goal, okay. And I think it can happen and start in the early part of 2021. The corporate gig, that was Lisa, Todd, and I. And it was only the three of us because typically, the guy would have flown us to Nashville. We would have done the gig – you know what I mean? – in a non-COVID pandemic world, and that would have been it. But the fact that I could create a corporate event for him, that one was shot very professionally, multiple cameras. It’s still being edited and all that, and it’s not released to the company. But the point is from that, and I’m hoping I can offer more things like that to people, okay, in the meantime because just like the success of the KISSmas Masquerade 2020 thing of Todd and I, and then with Lisa, there’s value to entertainment like that in the meantime before it’s safe to be live."

Metal-Rules.com: One thing that will definitely happen sometime in the future is the last KISS concert in New York, and as far as I know, you’re involved in that too. It will be a historic event on many levels.

Bruce Kulick: "Well, as far as I know, obviously, that date in July of ’21 changed, as you know, even though it hasn’t been re-announced. But I do expect to be there, and I have no idea when it would be, but I look forward to it, of course. I think it’ll be a really magical night. I really do. I have no particulars about it, no meaning, no information, no anything about it. But the great thing is that I’m still really close with all those guys. And they know that I’m a big supporter of what KISS means in my life, and I’m proud of them for carrying on what they do. So hopefully, it’ll be a good celebratory evening. Hopefully, as many of the KISS members, who they would allow, could be involved, and we make it a big celebration. It will be fun."

Read the full interview at Metal-Rules.com.