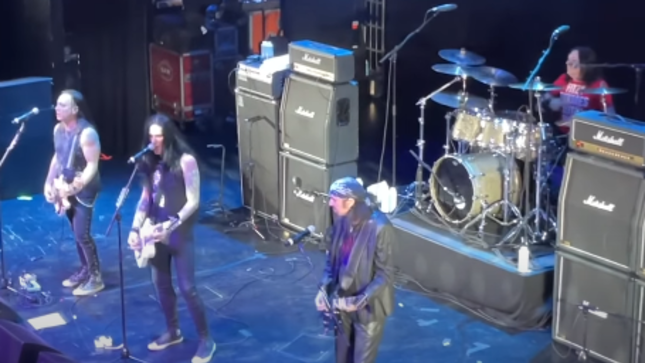 "'Exciter'! Song opener on the KISS Kruise X," says guitarist Bruce Kulick. "Each week I will be sharing a video of the second set at the Stardust Theater, filmed by my wife Lisa from the balcony. It's a great way to 'be there.' Enjoy!"

Rarely played by KISS, "Exciter" - written by Paul Stanley and Vinnie Vincent - is the opening track to the 1983 album, Lick It Up, which is certified Gold in Canada, and Platinum in The United States.

Bruce Kulick and his band have performed on the last three KISS Kruises: KKXIII, KKIX, and KKX. His band plays songs from the '80s and '90s that aren't usually performed by KISS.