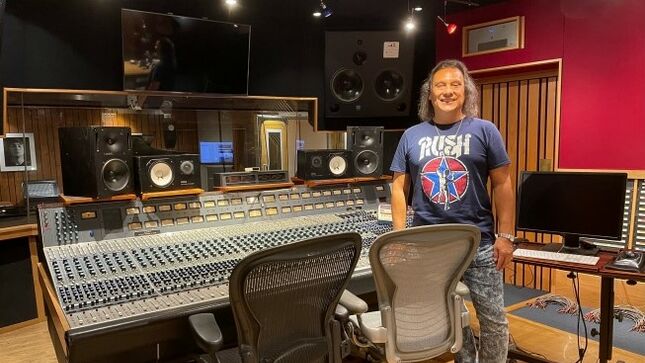 The recording the new Byron Nemeth single / video "You Know It's True" will begin July 12, 2021 at Blackbird Studio Studio A in Nashville. Joining Byron in the recording are some of Nashville’s finest hard rock players: Zach Ballard / drums, Luis Espaillat / bass and Steve Braun / vocals. Tim Dolbear from Eclectica Studios who has mixed records for Grammy winners and labels will be the Producer. The recording will be done the old-school way with all four members of the band tracking in the studio at the same time for optimum musical chemistry.

Video will be shot by Mark Allee who just finished a great drum video for Ray Luzier of Korn.

Nemeth recently released a  performance video for the new instrumental song, “Engines Of Thunder”. Watch below.

Stylistically it’s a “Tip-Of-The-Hat” to the early Satriani and Hendrix vibe when there was strong emphasis on composition and lyrical soloing with catchy hooks and unique twists in the guitar.

“Engines Of Thunder” is now live on all digital platforms, including Spotify.