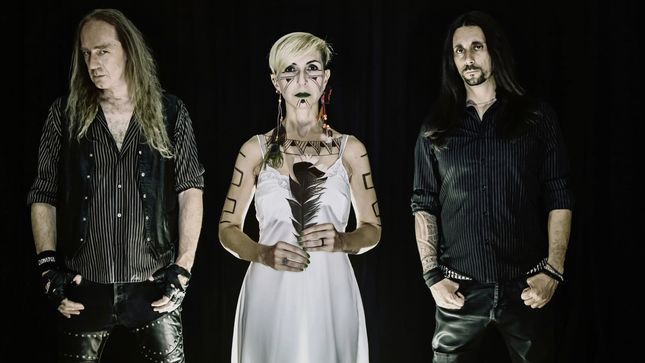 Italian Gothic metal band, Cadaveria, released their new single, "Matryoshcada", to all digital platforms on November 13. A video for the track, produced by Morbid Vision, can now be seen below. Download/stream the single here.

Says Cadaveria: "This video is dedicated to all the metalheads who have been close to me during my illness. It is also an opportunity for everybody to say goodbye to the "previous me" and welcome the creature that I have become."

"Matryoshcada" is the second of a series of singles that will be released by the band on a regular basis. The first, entitled "Return", was released on October 2, and marked Cadaveria's official return to the music scene after her illness.

"Matryoshcada" concept in the singer's words: "Fragments of the past are recomposed for a moment... then they dissolve, giving light to a new creature, to a new powerful energy."

A music video for the recently released "Return" can be seen below. Listen/download the single here.