Can Marijuana Cure Cancer? - Here’s What You Need To Know! 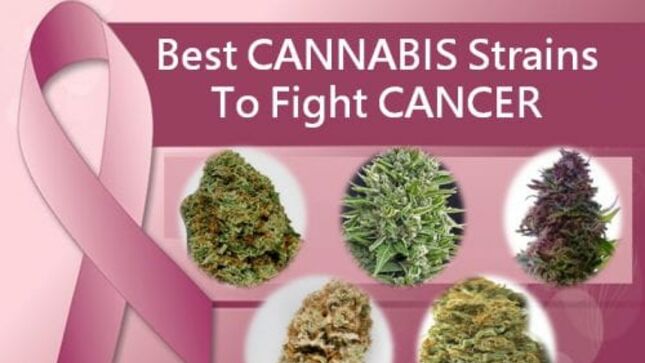 While people have been using marijuana as a herbal remedy for ages, it is now that many states and countries have recognized the therapeutic benefits of the cannabis plant and started legalizing it.

Scientists have classified many biologically active ingredients in cannabis. These are described as cannabinoids. These cannabinoids can help regulate a number of biological functions in many people.

The two best-studied components are the compounds delta-9-tetrahydrocannabinol (also known as THC) and cannabidiol (CBD). The analysis on other cannabinoids is still going on. For more information refer to this guide.

A number of small analyses on smoked weed found that it can help treat vomiting and nausea from cancer chemotherapy. A few other studies have found that inhaled (vaporized or smoked) cannabis can be beneficial for neuropathic pain (pain caused by damaged tissues).

Recently, scientists recorded that THC and other cannabinoids such as CBD reduce or sometimes stop the growth of cancerous cells in lab plates. Some animal studies also revealed that certain cannabinoids might reduce the growing process of cancer cells and decrease the spread of some forms of cancer.

Clinical trials carried on medicinal cannabis are insufficient— the US Food and Drug Administration (FDA) has not allowed the use of cannabis as a treatment for any medical condition. However, both separate THC and CBD pharmaceuticals are licensed and approved.

How Does Cannabis Treat Cancer?

The National Cancer Institute (NCI) has issued their investigation results in which they reported that cannabis might help fight cancer. So how does it happen?

The experts have identified 21 types of chemical compounds in cannabis. These substances are known as cannabinoids. Cannabinoids trigger the ECS receptors that are found in our bodies. When the patient consumes cannabis, these cannabinoids stimulate the receptors to make certain changes in the immune system and central nervous system.

These are the physiological and biochemical alterations in the body caused by a drug in remedial concentration.

Delta-9-tetrahydrocannabinol, known as THC, is the primary psychoactive component found in cannabis. Although, there are other elements such as cannabinol (CBN), cannabidiol (CBD), tetrahydrocannabivarin(THCv), cannabigerol (CBG), cannabichromene (CBC), and delta-8-THC that can also have similar effects. But, there's very less research done on these compounds to make any conclusions.

During a two-year study, groups of rats and mice were given different THC doses by tunnel feeding. Scientists performed tests on many cancerous cells in the lab as well. Here is what they discover:

* Laboratory tests on animals have shown that cannabinoids may destroy cancer cells and protect healthy cells.

* Cannabinoids might be effective against infection of the colon and may have the ability to eliminate the chance of colon tumor, and perhaps in its therapy.

* Lab research of THC in liver cancer cells revealed it killed or damaged the cancerous cells.

* A similar study of THC in models of liver cancer recorded that it contains antitumor effects.

* CBD might help the body to absorb the impact of chemotherapy.

The Potential Benefits Of Medical Marijuana For Cancer Patients

Cannabinoids are chemical compounds produced uniquely by cannabis varieties (e.g., Cannabis Sativa L.). These plant-derived chemicals may be referred to as phytocannabinoids. Although THC (delta-9-tetrahydrocannabinol) is the primary psychoactive component, there are other substances that we mentioned above. Among them, cannabidiol (CBD), in particular, is thought to have essential anti-inflammatory, analgesic, and anxiolytic qualities without the psychoactive effect (stoners' high) of delta-9-THC.

A report from 2,970 Israeli cancer patients who used government-issued medical marijuana was gathered over six months to evaluate the change in common symptoms. The most reduced symptoms after using cannabis regularly include the following :

Medicines based on certain elements in marijuana could also be used to complement standard medications or treat patients for whom such therapies have failed.

The USA government (FDA) approved only two chemically purified tablets based on cannabis compounds for medicinal purposes. Here they are:

Dronabinol (Marinol®) is a gelatin capsule having delta-9-tetrahydrocannabinol (THC) that the US Food and Drug Administration (FDA) has allowed treating nausea and vomiting caused by cancer chemotherapy and weight loss and loss of hunger in people with AIDS.

Nabilone (Cesamet®) is a simulated cannabinoid that works like THC. The users can consume it by mouth to control nausea and vomiting caused by cancer chemotherapy when other medicines have failed.

Nabiximols is a cannabinoid pill still under consideration in the USA. It's a mouth spray made of a whole plant extract with THC and cannabidiol (CBD) in an almost organized balance.

Other Ways to Consume Cannabis

There are many other ways to take medicinal marijuana, like tablets, vaporization, edibles, oils, drops, topical, or a spray. Many online seed banks offer a special category for cannabis strains for cancer if you want to smoke weed.

If you and your doctor are considering medicinal cannabis as a treatment, it's necessary to discuss the most suitable form for you according to the availability of cannabis products in your state.

Potential Side Effects of Using Marijuana for Cancer

Prescription medicines such as Nabilone can cause side effects. It can include the following:

You'll find many cannabis-based products available online without a prescription. The quality of these products may differ. It is impossible to identify what materials they might contain. They could possibly be harmful to your health and may be illegal. So, proceed with caution when you want to buy these products online.

If you're willing to try medicinal cannabis, consult your doctor, and he can tell you whether medical marijuana might be a suitable option for you. Make sure you tell your doctor about all the medicines and supplements you're consuming. That data may be able to help them figure out which form of cannabis could help you.