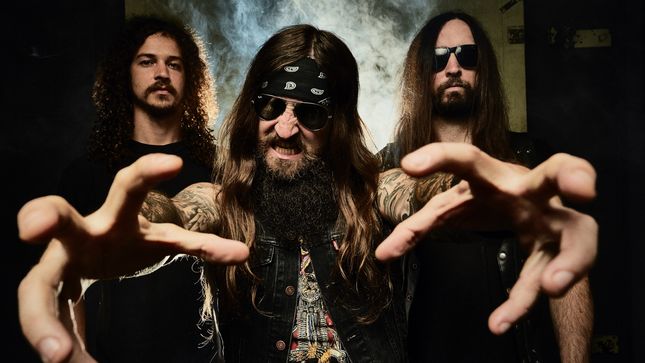 Stoner death metal icons, Cannabis Corpse, have shared the official animated music video for the song "From Enslavement To Hydrobliteration", taken from the band's latest album, Nug So Vile. The hilarious clip, which was once again created entirely by drummer Josh "Hallhammer" Hall, can be viewed below:

Nug So Vile was mixed and mastered at Blaze of Torment Studio by Jarrett Pritchard. The artwork was created by Par Olofson. The album can be ordered here.

Cannabis Corpse, will be starting the new year with a headlining European tour in which they will be supported by label mates, Withered.

The rampage will kick off at the Cinema in Aalst, Belgium on January 3, and continues to wreck havoc through 13 more countries until a final curtain at the Temple of Boom in Leeds, UK. A full list of confirmed dates can be found below.

Bassist/vocalist Phil "Landphil" Hall comments: "Cannabis Corpse is going to head back over to Europe early in 2020! Roll up a fatty and check out the dates!"