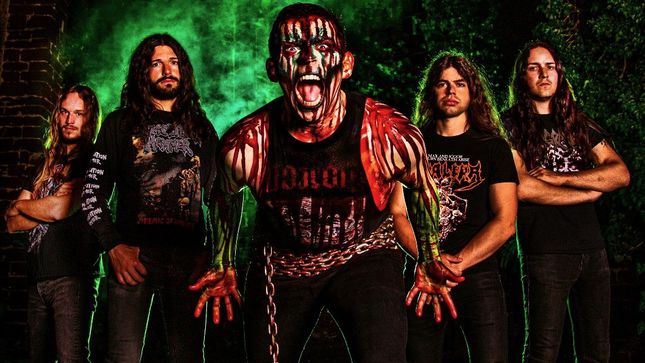 Old school death metal revivalists, Carnation, have teamed up with Belgium's Galaxy Studio for a very special virtual performance, which will take place on April 18 at 2 PM, EDT. The whole band will be available in the live chat during the stream, which will be made available via both the band and label's YouTube and Facebook. The event is completely free for all to watch via the event link here.

Carnation comments on the stream: "The Galaxy Sessions await! On Sunday, April 18th at 8:00 PM CEST, we will be hosting a streaming event of a very special Carnation performance. Our second album Where Death Lies, has been out for a while now... And we have been itching to perform the tracks from this album for you all. Instead of waiting any longer, we have decided to take action! Join us in the mighty Galaxy Studio, where we perform the majority of our new album live for the first time in a very special setting. The whole band will be present in the chat during the stream for a meet and greet to answer all your questions and hang out like the good old days (more or less...). Cheers, see you then!" 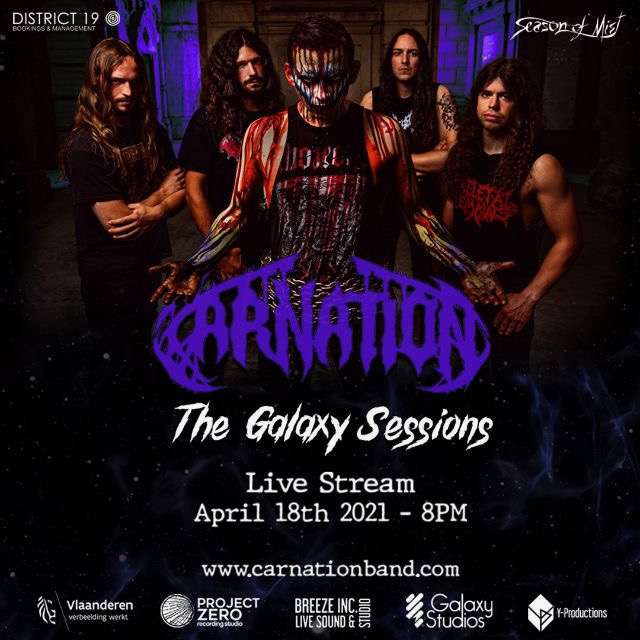 The cover artwork for Where Death Lies, which is again created by the talented Juan Jose Castellano Rosado.