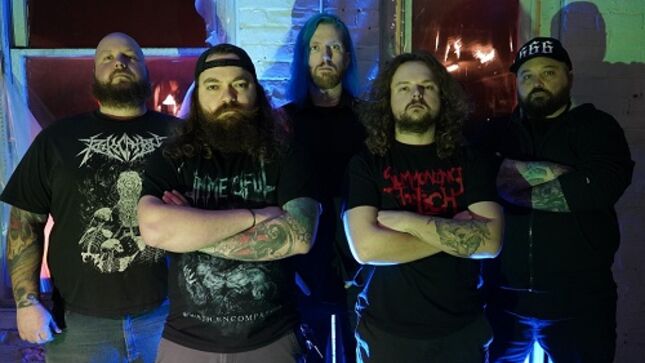 Indiana deathcore outfit Carrion Vael will release their album, Abhorrent Obsessions, via Unique Leader Records on August 5th. Pre-orders can be placed now at this location.

Ahead of the album release, the band have delivered a new single and video, "King Of The Rhine".

Carrion Vael vocalist Travis Lawson Purcell described the new album: “Abhorrent Obsessions is a psychological look into the mind of the famously deranged, sick, and murderous ones amongst us. Technical, brutal, and melodically charged, we wrote this album with the utmost in absolute savagery at heart.”