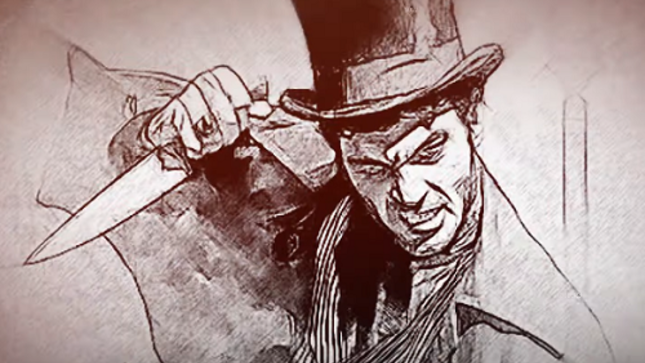 Fresh off of releasing their debut album Field Trip on California's Nomad Eel Records, Cassius King have just released their first full length video for the song "Cleopatra's Needle". The video was produced by Jason C. Stewart who also produced the "Last Ride" and "Torture King" videos off the last Vessel Of Light album.

"Jason has become my go-to-guy the last year and a half." said guitarist Dan Lorenzo. "His enthusiasm is off the charts and at this point I let him do whatever he wanted for 'Cleopatra's Needle' and I think it's just as much fun to watch as it is to listen to".

Overkill's Bobby Blitz said, "It's really great, I even commented, which I never do... 'epic' got such an old school doom vibe, but never bores... love the journey!"

Former Hades founding member Dan Lorenzo has been using the Cassius King moniker for years. From his debut solo album to his endless cover song CDs with various lead vocalists. But it wasn't until 2021 when Lorenzo decided to make an all original album with vocalist Jason McMaster (Watchtower / Dangerous Toys / Broken Teeth). Lorenzo released four albums in three years with his doom band Vessel Of Light when Coronavirus prevented any more live shows.

"I had music to probably eight or nine more songs after VOL released Last Ride," Lorenzo said. "I didn't think the world was ready for a fifth Vessel Of Light album when we couldn't even play shows to support Last Ride. Jason sang multiple Cassius King cover songs with me and I had some music that was maybe a bit more like Hades, plus a bluesy song I sent off to Jason. I was shocked how quickly Jason wrote and sang the first few songs, so I recorded a few more brand new tunes. I asked Jason if he needed any help with melodies and he told me he did not. Jason said he could use some lyrical ideas though. I told that to Jimmy Schulman (Hades / Vessel Of Light) and he and Jason ended up collaborating lyrically on three songs."

Schulman commented, "When Dan mentioned Jason needed some lyrical ideas, I was excited to be part of that process. Jason and I came at it a few different ways. Sometimes it was just texting back-and-forth with a line or two at a time until it took on shape. Another time, a long poem was crafted into a song. However it went though, it proved to be a cool and interesting collaboration."

McMaster stated, "It was the kind of material I had been wanting to do for a long time. It feels a bit like Ozzy and Dio playing poker over some leftover Sabbath material. The melodies came to me quickly, as well as some of the lyrics. Things I already had fit the visions I had upon first listen and it all flowed immediately. I would not call it a full 'doom' application of terms, but, its heavy, it reminds me of what I love about Sabbath and Dio songs."

Drummer Ron Lipnicki (Overkill /Vessel Of Light) said, "I think this new album's got something for everyone; it's like the fruits all line up on the slot machine." That includes fans of Hades' seminal release Resisting Success, as Scott LePage plays leads on the songs "I Move With The Moon" and "King Of Lies".