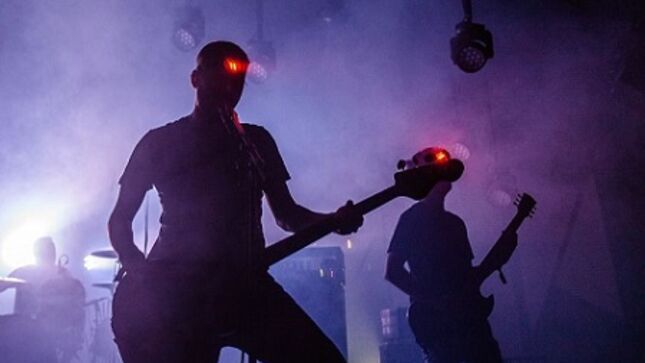 They are a band known for crossing borders, overstepping genre taboos, and keeping the (metal) world in suspense: Today, French avant-garde black metallers Celeste take their immersive experience one step closer to the edge: January 28th will see the release of the band's new long-player Assassine(s), produced by Chris Edrich (Gojira, Tesseeract, The Ocean, Leprous)  and a long-awaited follow-up to 2017's Infidèle(s). With their unique mix of black metal, sludge, and post-hardcore, and over 500 shows played since their inception in 2005, Celeste has cemented their status as one of France's most important underground acts, and now deliver the first single off their upcoming piece of art, Assassine(s).

"We're glad to unleash our first single", Celeste states. "This track is the first one we've started writing for the new album, but it's also one of the last we've finished. It's pretty representative of the reflection we had all along the creation process of Assassine(s), I hope you'll enjoy the new sonorities and our new approach to songwriting."

"This epic song is coming with the video clip it deserves, 'Des Torrents De coups' is the first part of a video triptych to be released in the coming months, produced in collaboration with video artist Gregoire Orio. Those video clips totally emphasize our well known imagery."

Assassine(s) is now available for pre-order at this location in the following formats:

Catch Celeste together with their new label mates Conjurer on the upcoming 2022 European tour: