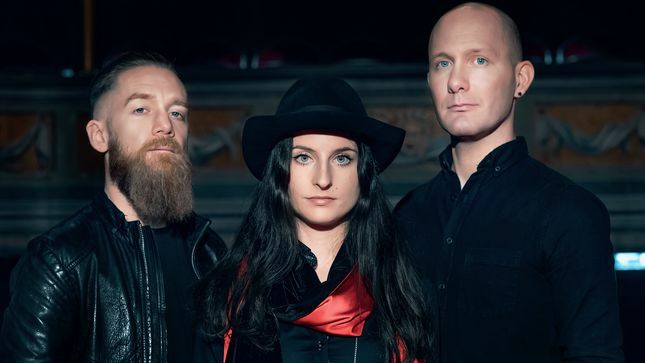 "We are pleased to announce that this October, we are finally returning to the UK! We cannot wait to see you this autumn. Visit CellarDarling.com for all dates & tickets!" 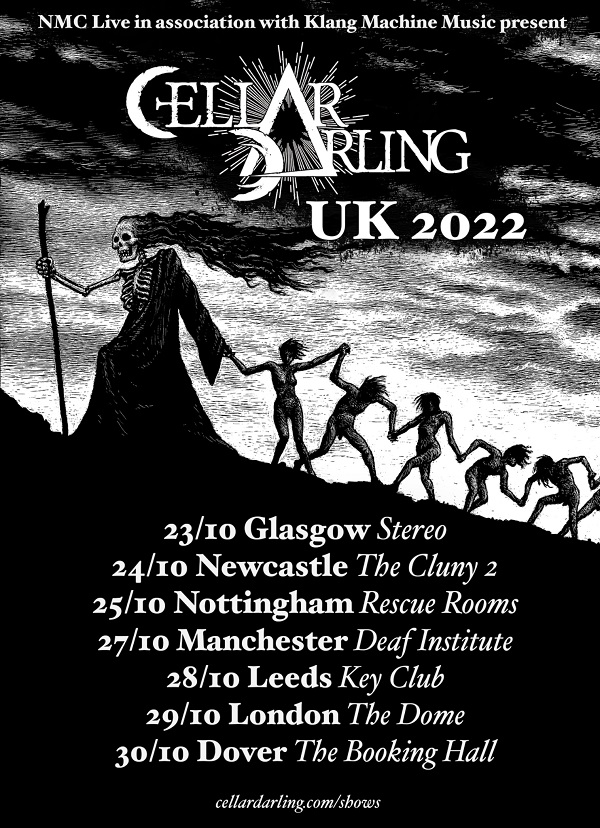 With "Dance", Cellar Darling have created a song that takes up the “Death and the Maiden” theme of their 2019 concept album The Spell, but at the same time adapts it into the here and now: a "dance of death", an end-time vision.

In this epic 11-minute track, the Swiss heavy progressive rock trio takes the listener on a dark musical journey worthy of the band's name, combining mystical folk elements with heavy riffs and intricate structures. Once again, the highly unusual instrumentation typical for Cellar Darling, including a hurdy-gurdy, flute, and piano, colors their signature sound. Inspired by the dancing plague of 1518, their lyrics for the first time do not tell of an exclusively fictional world but represent an examination of both our history and current events. Thus, Cellar Darling continue to move in a new direction, resuming the radical path they have chosen since departing from Eluveitie in 2016.

Listen to "Dance" here, and here, and watch an official music video for the song below. 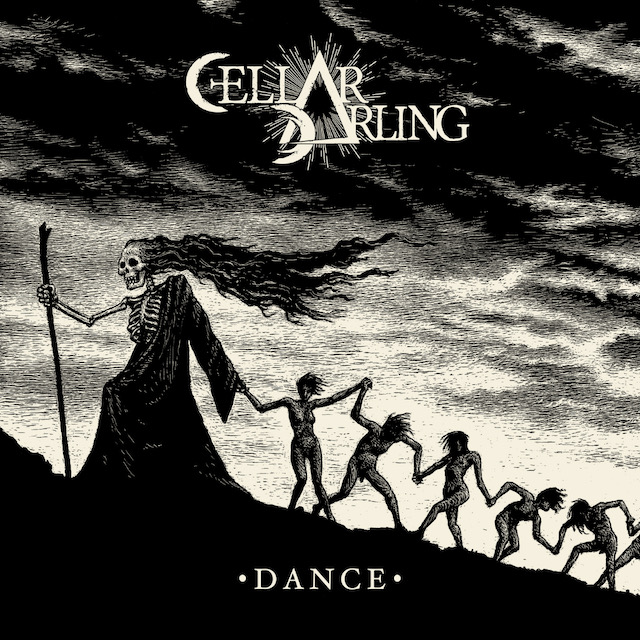 The band comment: "Darlings, this is it. This is the reason we've been so quiet these past few months. This is DANCE. We have never put so much work into one piece of music before. And although we always want our music to speak for itself, we'd like to share a few words with you about the journey this song has taken us on. The story of 'Dance' comprises three parts:

Chapter I - Past: "As you might have guessed, 'Dance' originated in the sessions for our concept album 'The Spell'. It was supposed to be another chapter of our story about a girl who falls in love with death, but the song ultimately didn't make the cut. It wouldn't quite leave us alone either, so about one year ago, we decided to dig it up and give it another go."

Chapter II - Present: "As rewarding and exciting as the intense work on the concept of "The Spell' was - from creating a storybook soundtrack to putting everything into prose — once it was completed, we were done with it. Anna was ready to let go of that story and rewrote all of the 'DANCE' lyrics and most of the music. This time, inspiration came from two sources: the dancing plague of 1518, which is a fascinating story in itself, and an engagement with our contemporary world: doesn't it sometimes feel like we're in the process of dancing ourselves to death?"

Chapter III - Future: "This song, which we share with you today for the time being only as what it is, i.e. without a flood of images, is only the first part of this extensive project. A collective of brilliant artists has interpreted 'Dance' visually and transformed it into their own world of images. Stay tuned for more…”

"Dance" was produced, recorded & mixed by Tommy Vetterli & Anna Murphy at New Sound Studio and mastered by Gavin Lurssen. The artwork was created by Thomas Ott.