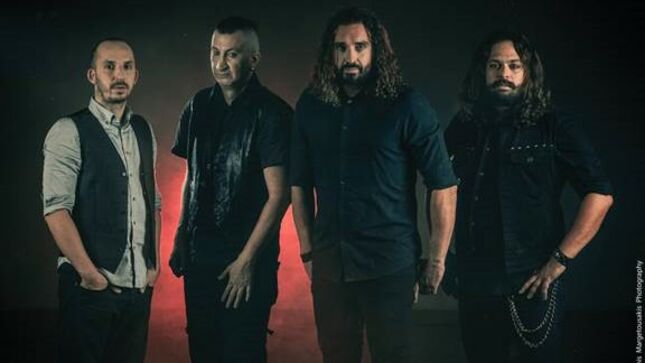 Greek heavy rockers, Cellar Stone, have announced the release of their cover of Deep Purple's “Burn”. The song was originally released on the album of the same name in 1974, and was the first song by the Mark III lineup of Deep Purple.

Written by David Coverdale, Richie Blackmore, Jon Lord and Ian Paice, the song remained the band's concert opener for the next two years, taking over from "Highway Star". It opened Deep Purple's set on the California Jam two months after its release, on April 6, 1974.

Cellar Stone have revealed the artwork for the single, which is set for  release on October 1 via ROAR! Rock Of Angels Records.

Guitarist George Maroulees comments: “…Deep Purple has influenced us as a band a lot. Especially the MKIII era which introduced the lineup with David Coverdale and Glenn Hughes, impacted us a lot. So we pay tribute, doing it in our way, to one of the best songs ever written in the history of rock... BURN!”

Recorded, mixed & Mastered by Nick Papadopoulos at Soundflakes Studios in Athens, Greece. Artwork by Nick “Neville” Neochoritis. You can pre-save the single here.