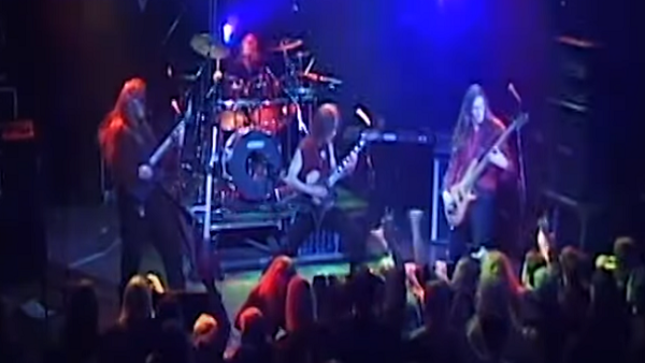 Ykä Järvinen at scratchnbake has shared rare footage of Children Of Bodom in action back in 1997, performing at Tavastia in Helsinki, Finland.

Järvinen previously shared unreleased single cam footage of Children Of Bodom performing The Ramones classic "Somebody Put Something In My Drink" at Tavastia on December 30th, 2014. Check it out below.

The remaining COB members commented on the footage:

"In the end of 2014 we did a small tour in Finland called Bodom Xmas Bash. One of the shows was part of the legendary New Years celebration aka Helldone Festival that took place in Tavastia, Helsinki. Here’s a small memory of that show."