CLASSLESS ACT, Currently On The Stadium Tour With MÖTLEY CRÜE And DEF LEPPARD, Premieres New Video "All That We Are" 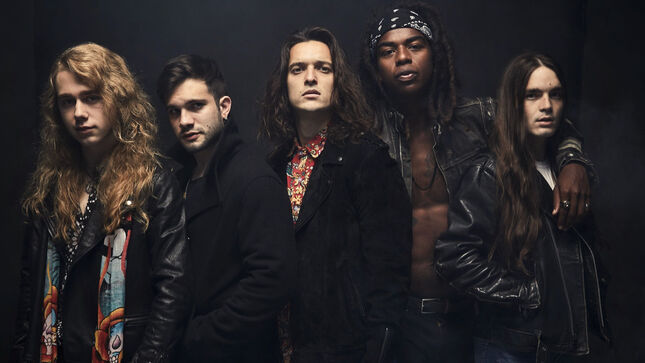 Today, Classless Act, one of the most buzzed-about up-and-coming rock bands, are releasing their much-anticipated debut album, Welcome To The Show, via Better Noise Music. Having already earned more than one million streams, the new album gained early traction with three previously released singles, including the self-titled “Classless Act” that features a guest appearance by Mötley Crüe's Vince Neil, the catchy “This Is For You” with Justin Hawkins of The Darkness, and the bombastic “Time To Bleed”.

"Just like the song says, we gave you all our blood, our sweat, our tears, our hate, our sex, our deepest, darkest fears. This is for you!" said frontman Derek Day about the album.

Also premiering today is the new single and music video, “All That We Are”, the final installment in the four-part, interlocking video series that loosely follows the band as they set the soundtrack for the misadventures of Farley, an unlucky soul in the wrong place at the wrong time.

"'All that we are' - is it enough for us to survive?" asks Day. "This is a question, a concept we found ourselves asking after all we have been through over the past two years. Hell, the past seven or so years. We’ve been in a wee bit of a less-than-sunny time in our history. So what are we gonna do? Grow or go! Everyone needs to decide. We’ve got a show tonight, so I know what we’re doing!”

Classless Act is poised to find a whole new legion of fans, first with their single “Classless Act” appearing on the soundtrack for The Retaliators film, out this fall, and as they continue in their opening spot on this summer’s 36-date North American Stadium Tour, performing alongside Mötley Crüe, Def Leppard, Poison and Joan Jett. The tour kicked off June 16 in Atlanta and runs through September 9 in Las Vegas.

While the music tells its own story, so do the members of the band themselves, hailing from all over the globe, including Hawaii, Los Angeles, Argentina, and Dallas. The band, featuring Derek Day (vocals), Dane Pieper (guitar), Griffin Tucker (guitar), Franco Gravante (bass), and Chuck McKissock (drums), first formed in 2018 when the five former strangers met via social media. 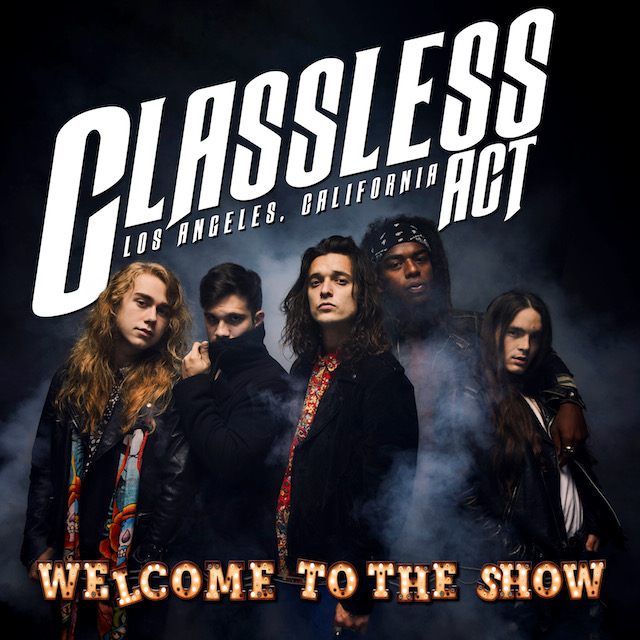 "Classless Act" (feat. Vince Neil of Motley Crue)
"This Is For You" (feat. Justin Hawkins)
"Time To Bleed"
"On My Phone"
"All That We Are"
"Made In Hell"
"Storm Before The Calm"
"Haunting Love"
"Walking Contradiction"
"Give It To Me"
"Circles"
"Thoughts From A Dying Man"

Digital, CDs, cassettes and colored vinyl copies of the album can be ordered here.

"This Is For You" video:

Remaining dates on The Stadium Tour are as listed: 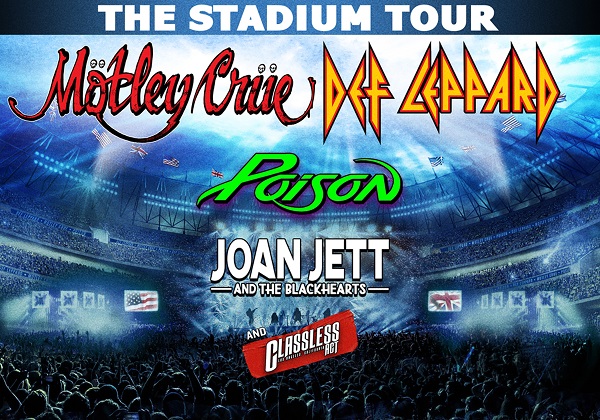